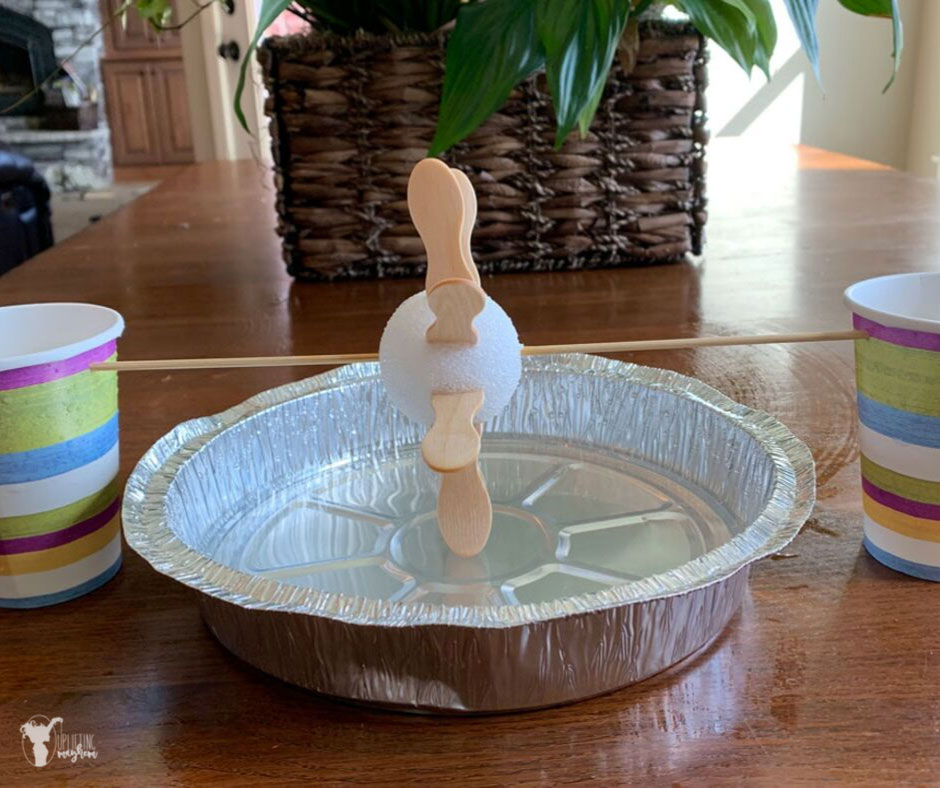 Are you ready to discuss the pros and cons of hydropower as you create your own water wheel? Hydropower, or hydro electric power, is truly a marvel of human engineering. With the right equipment, people are able to harness the energy generated by water’s moving force and use it to power the cities we live in. It’s one of the purest, cleanest forms of energy there is–and you can even experiment with it yourself!

It this post we are going to show you how you can build your own hydropower wheel to see how it works first hand. Our homeschool co-op did this activity a couple weeks ago and they loved it. It is always fun to see the things you are talking about come to life! For another fun and easy experiment on power you should also check out this fun homopolar motor made with magnets and a battery!!

Here are the items you are going to need.

Make sure that the spoons are facing the correct way so when the water rotates the ball it is hitting the spoon on the right side. To make them even, place one in and place the other directly on the opposite side.

The first time we created these we used spoons, the second time we did with a big group and we created these below which are cheaper with the smaller styrofoam balls. Using the popsicle sticks you can color the sticks and create cool patterns. 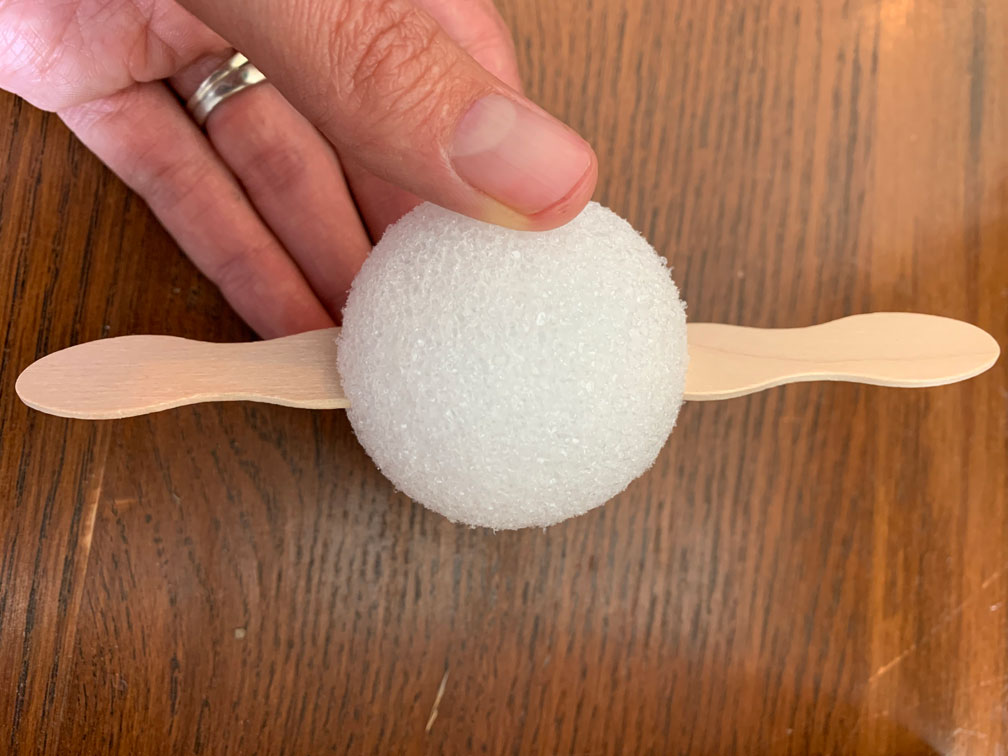 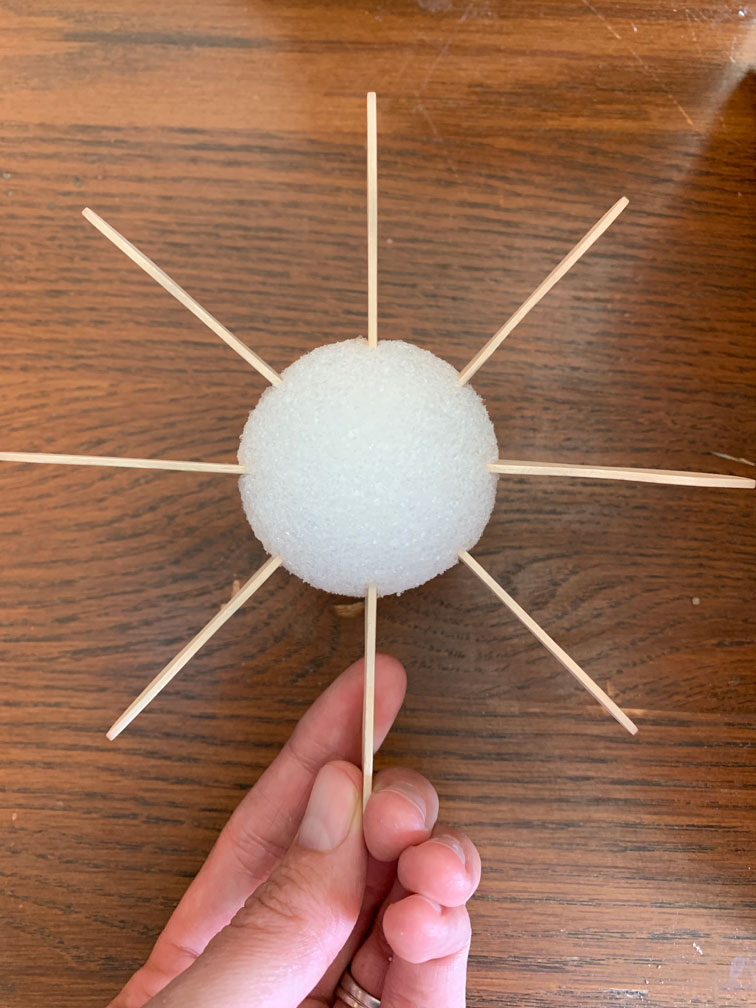 Make sure the stick is perpendicular to the spoons so it acts as the axel of the wheel. 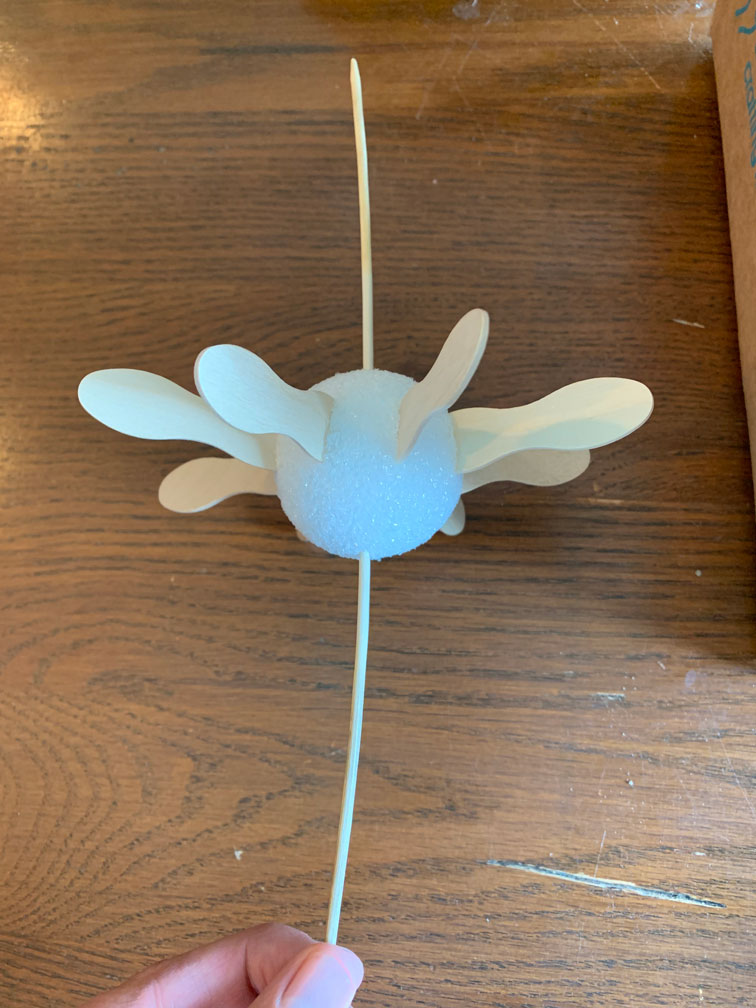 Step #3 – Place the stick into two paper to be held up.

Take two paper cups and punch one hole in each one. Place the skewer stick into each hole so the hydropower wheel stands 1-2 inches off the table so it can spin freely.

Step #4 – Pour water onto the spoons and watch the wheel begin to turn.

This is the best part that your kids will love to watch. To have it spin continuously, take it outside and turn the water hose on low and let it spin continually. 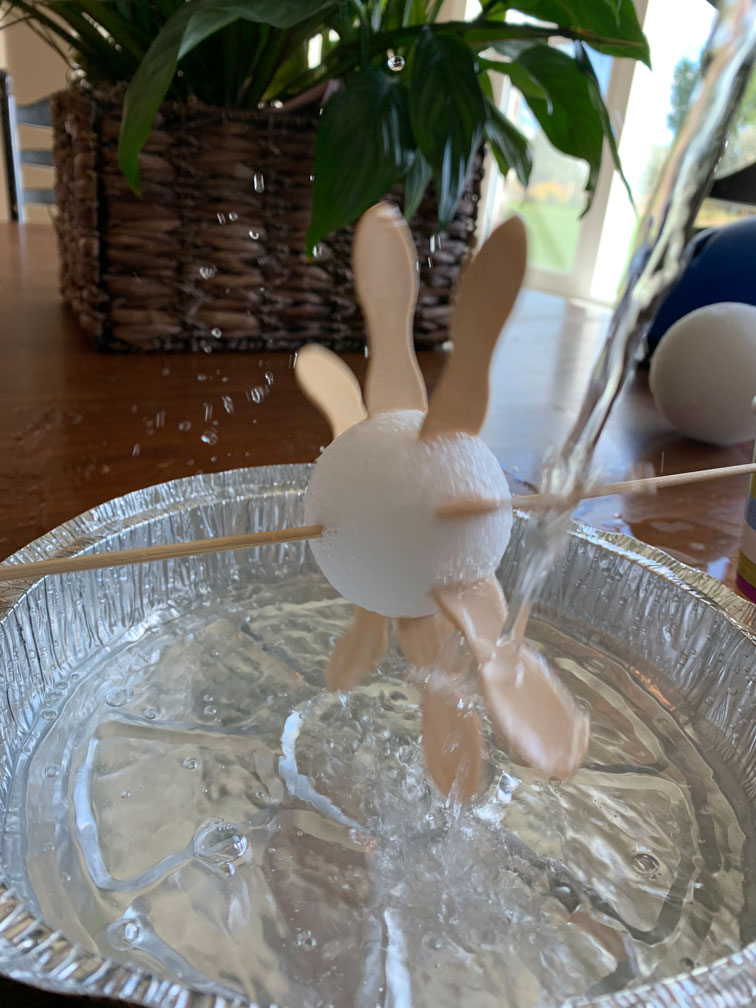 Of course, everything in life has its pros and cons. While you are building your own hydropower motor, you can discuss with your kids the pros and cons of hydropower. If you have a chance to visit a dam check out if they provide dam tours. 🙂 They are quite fascinating and you can learn a lot!

Here’s a look at how the pros and cons of hydropower balances out in the grand scheme of things. These points are great to discuss with your kids.

PROS AND CONS OF HYDROPOWER

One of the biggest advantages when considering the hydropower pros and cons is that hydro electric power is renewable. Since this form of power generation utilizes the earth’s own water–which naturally evaporates, forms clouds in the sky, and then rains down again to be absorbed by the soils–the source of hydro power (i.e., water) isn’t going anywhere, regardless of how much energy we produce with it.

In most cases, the rivers and lakes that we use to generate hydropower are never going to disappear. In other words, you can’t “use up” the water that enables hydro electric power generation. This also means we don’t need to worry about scarcity driving up prices. However, there is a limited number of places where it’s suitable to build a hydro electric power plant–and even fewer where it’s worthwhile to do so.

Con: Hydropower is effected by droughts

When a local drought hits and water slows down, that means a hydropower plant isn’t able to produce the power a local area needs in order to function. While local dry spells are more common in some areas than others, unpredictable and unexpected droughts can happen–and that is a huge risk whenever hydropower is relied on.

As you may have guessed, the process of producing hydro electricity is a clean one. That means no greenhouse gasses are emitted in the process. The environment is not harmed by pollution, unlike with the burning of coal or natural gas.

When the dam floods an area, the plants underneath the water will start to decompose over time. With no oxygen, this leads to carbon dioxide and methane emissions, and that can increase pollution in a given area. Especially for particularly large dams, this is an element that must be considered during planning.

Although the upfront building costs for a hydropower plant can be high, hydropower remains cost competitive. Since the running rivers represent an infinite resource it can continue to produce power as long as the infrastructure is there. Compare that to fossil fuel energy, like that of coal or oil, which are constantly changing in prices. Once built, a hydroelectric power plan has a lifespan of up to 100 years.

Con: Hydropower is expensive to get going

One of the biggest challenges of hydropower is the high costs to build a hydropower plant. Basically, this means hydropower plants must be in operation for a long time before they begin to break even or start making money.

While the environmental impact of a dam is important and should be considered in depth there also comes another benefit! The lake that forms behind the power plant’s dam can easily be turned into a tourist and recreation spot. Activities like fishing, boating, swimming, water skiing, will bring crowds of people to enjoy time together. The lake water also serves other practical purposes–like being used for irrigation on local farms.

With irrigation in mind, another benefit of the lakes and dams that result from a hydropower plant is the fact that they act as a water store. This store of water reduces the risk of droughts.

When nature is disrupted there is a chain affect that occurs. Being able to slow, control, or stop the flow of water in a river basin that used to flow freely can have a negative impact on the environment. When dams are built, they can cut off the migration paths of certain amphibians. It can also lead to decreased reproduction or even extinction of a species in a given area. Researching how fish migrate is very complex and time-consuming. This makes it difficult to plan for and accommodate.

Hydropower can also cause flooding should large amounts of water be released from the dam at a given time–which has happened in the past. This means a potential flood zone needs to be established at the bottom of the dam, which could potentially push people out of their homes, off their farms, and put an end to people’s livelihoods.

I hope you enjoyed creating this project with your kids and learning about the pros and cons of hydropower. Other science experiments can be found in this article! Learning can be fun! Let’s make it fun together!