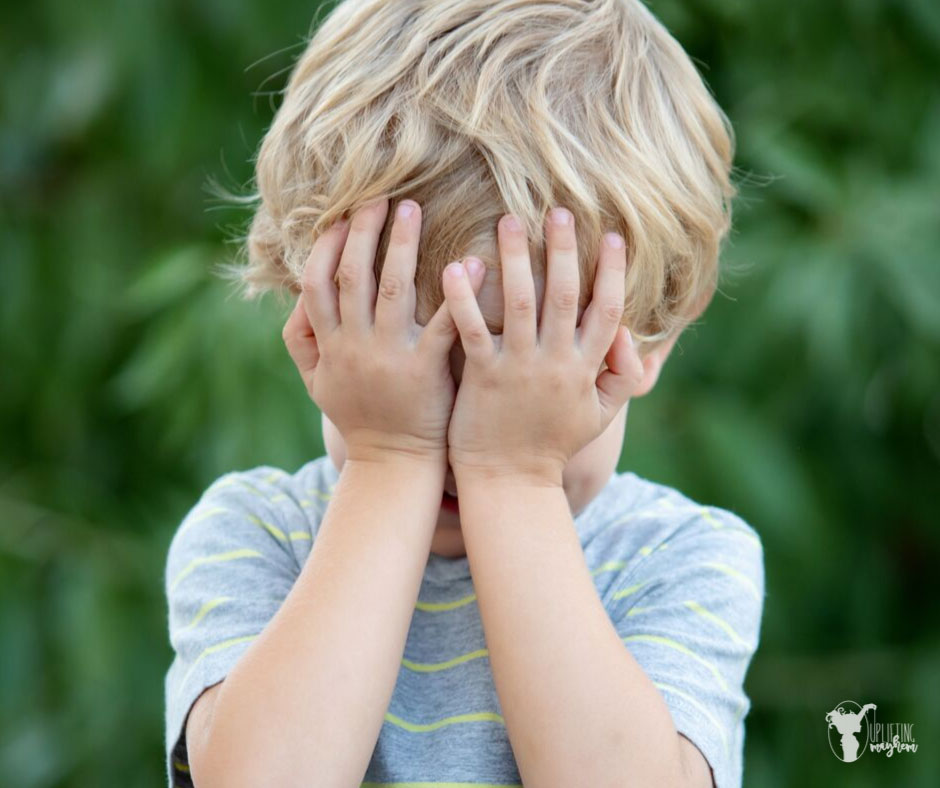 Alright everyone…let’s talk pinworm infection. Seriously! If you are looking this up first off I just want to say I am sorry and the shock that your child has worms will wear off. I promise! HA HA. I actually couldn’t stop laughing about it. I guess humor is one of my coping mechanisms especially during this crazy time when I learned my child had a pinworm infection.

Let me also tell you that a pinworm infection isn’t as big of a deal as you may think. I know! Just the thought of those tiny white worms crawling around in your child’s intestines is enough to cause you to squirm. I think it does more harm to you mentally than to your child physically. However, it is an easy fix and hopefully you can get it under control fairly quickly. 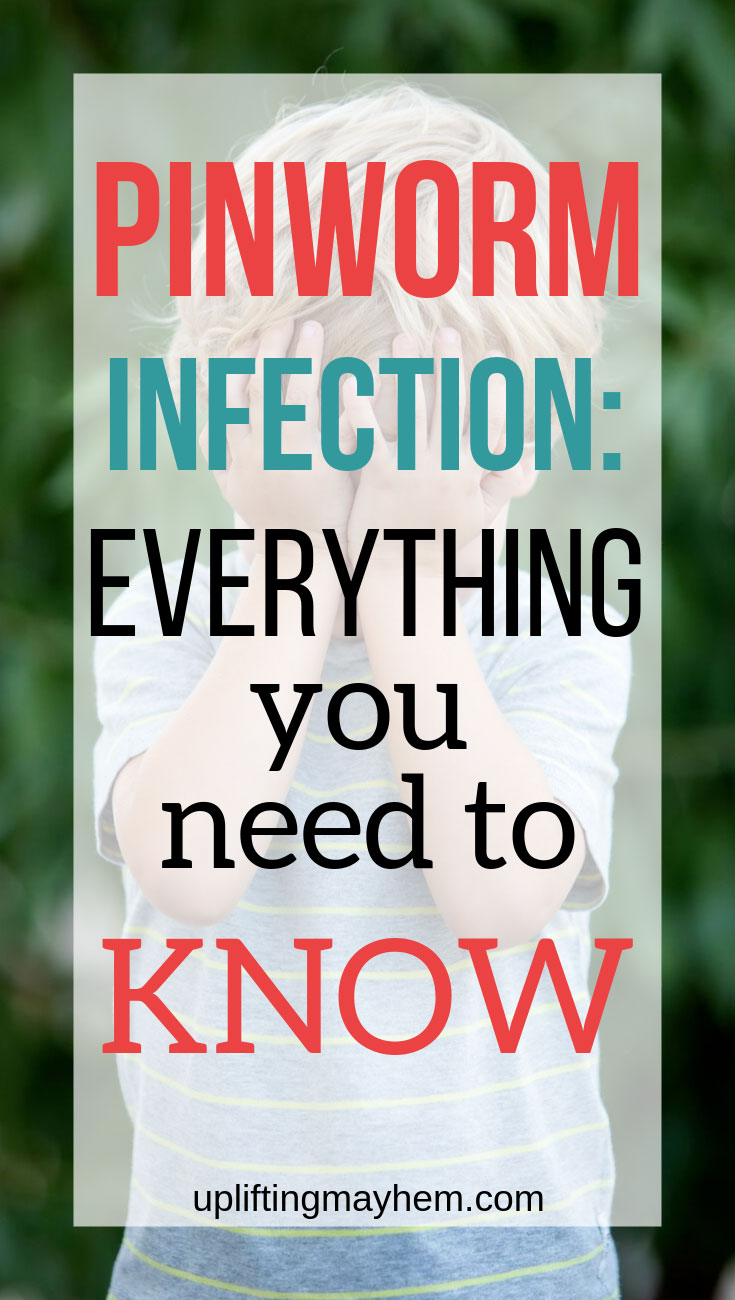 I don’t have any idea how long my 5 year old had pinworm. The only reason we found it was because he swallowed a penny and we began collecting his poop to make sure the penny passed (I know…such a glamorous job we have as mothers!). Well the first time my son pooped I collected it in a cool whip container. When I went to inspect it for the penny I noticed something begin to move.

Upon closer inspection I noticed two little white worms moving around. OH…MY….NO!! For realz people! It took a minute for me to swallow the fact that my child had worms. I called my husband into the bathroom and let me tell you that the look we shared at that moment would have been meme worthy!

If you would like to see a picture of what pinworms look like scroll down to the end and meet thing 1 and thing 2. If you don’t want to see this is your warning. HA HA This may be worse than Hand, Foot, and Mouth Disease

Ok…now that I may or may not have made you feel a little bit better about your situation. Let’s talk about the pinworm infection and all the facts that you may want to know about it.

Pinworms are narrow, white worms that are less than a half-inch in length. Of all the parasitic intestinal infections people can experience, pinworms are the most common in humans. A pinworm infection can cause discomfort, restless sleep, and a variety of other unpleasant symptoms.

Although people of all ages can become infected with pinworms, it is most common in children between the ages of 5 and 10 years old. Gratefully, for all of us mamas about ready to go crazy, treatment is quick and easy!

How Do Pinworms Spread?

Pinworms (also called threadworms or seatworms) can be passed from one person to another through unclean surfaces like countertops, tables, toilets, and sink fixtures etc.

Pinworm eggs are microscopic and able to survive on surfaces for up to three weeks! AHHH!! What does this mean?? Contamination is extremely easy and is more prevalent in children. When your infected child handles different household items with unclean hands this will most likely spread the pinworm infection on things such as clothing, drinking glasses, food, utensils, linens, toys, and more.

Populated spaces like schools, hospitals, institutions, and daycares are highly prone to pinworms, especially, since pinworm eggs are easily ingested or passed along from unclean hands.

If the pinworm eggs are swallowed, they will eventually hatch in the small intestines, moving through to the large intestines where they attach themselves to the intestinal walls for a couple of months until matured.

While pinworm infections do not generally cause serious issues, you should seek treatment to avoid further contamination and the discomforts caused. In addition to the common itching that occurs around the anus, there are other symptoms and signs you should be aware of. These symptoms are:

Some infected individuals never experience symptoms. However, there are telltale signs to look for, if you’re concerned about infection in younger children. As you heard above with my son, pinworms can be visible in bowel movements or you will notice small thread-like white bits on underwear or pajamas. Be aware of frequent bouts of itching, complaints of stomach pain or nausea. If you suspect there’s an issue, seek professional advice.

How Are Pinworms Treated?

Physicians will generally prescribe oral medications for the treatment of pinworms. Typically the pinworms are killed quickly with a single dose of albendazole. Due to the gestation period and the ability for pinworms to survive on surfaces up to a few weeks, a second dose should be taken, as recommended. Occasionally, doctors will also advise using tap water enemas to help alleviate the uncomfortable symptoms and to help flush away the pinworms.

There is also over the counter options. We used Reese’s Pinworm medication  which seemed to take care of the problem.  It was a one time dose and it recommended that everyone in the household get treated for it. Because of this you may need to get more than one box. My family of 7 used 3 boxes.

In lieu of prescription medications, there are individuals who opt for home remedies. These methods include the consumption of raw garlic or coconut oil; both of which have antibacterial, antiviral properties.

The Reese’s pinworm medication did the trick for us. I have not seen any more stinking white worms in my kid’s poop. (THANK HEAVENS!)

To prevent an infestation or avoid a reoccurrence, wash hands thoroughly and frequently. Because eggs can survive on surfaces up to three weeks, take the following precautionary measures as well for at least three weeks following an infection.

Because pinworms are so easily transmitted from person to person, infection is likely to occur for people frequently using high traffic areas. Fortunately, they do not generally cause dire circumstances. However by practicing good hygiene habits, exercising caution in populated places, and following these tips will help you get rid of pinworms fast.

You know the saying, “AT THE END OF THE DAY…..” Well my friend, at the end of the day, the pinworm infection will give you the heebie jeebies. However, treating a pinworm infection is relatively painless. Now that I know about pinworms, every time my son comes to me and tells me his bum itches I have to think twice of what the cause may be. Hopefully, they just need to go take a shower!! 🙂 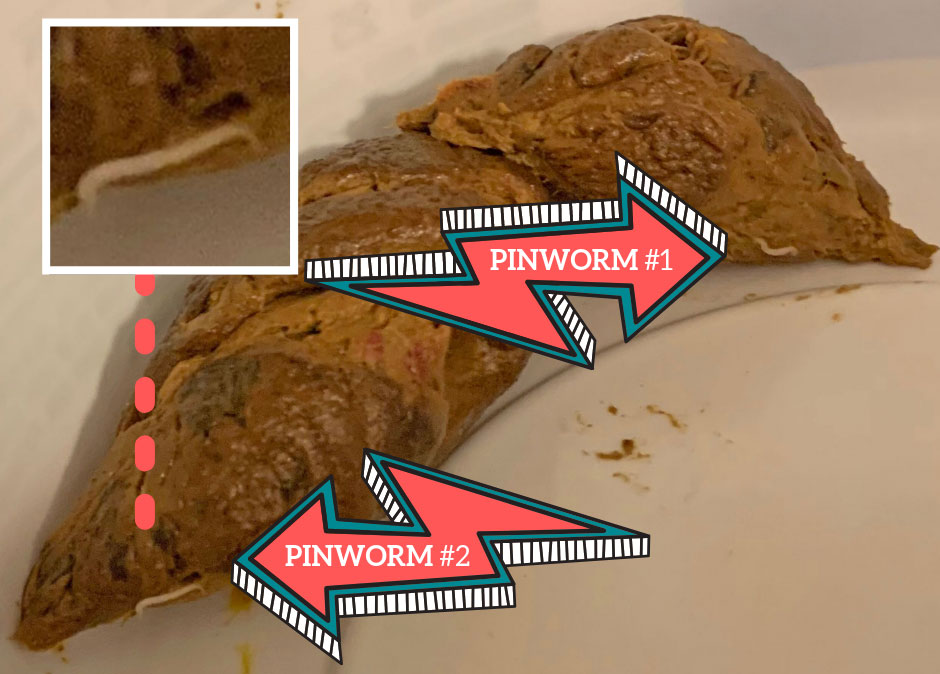