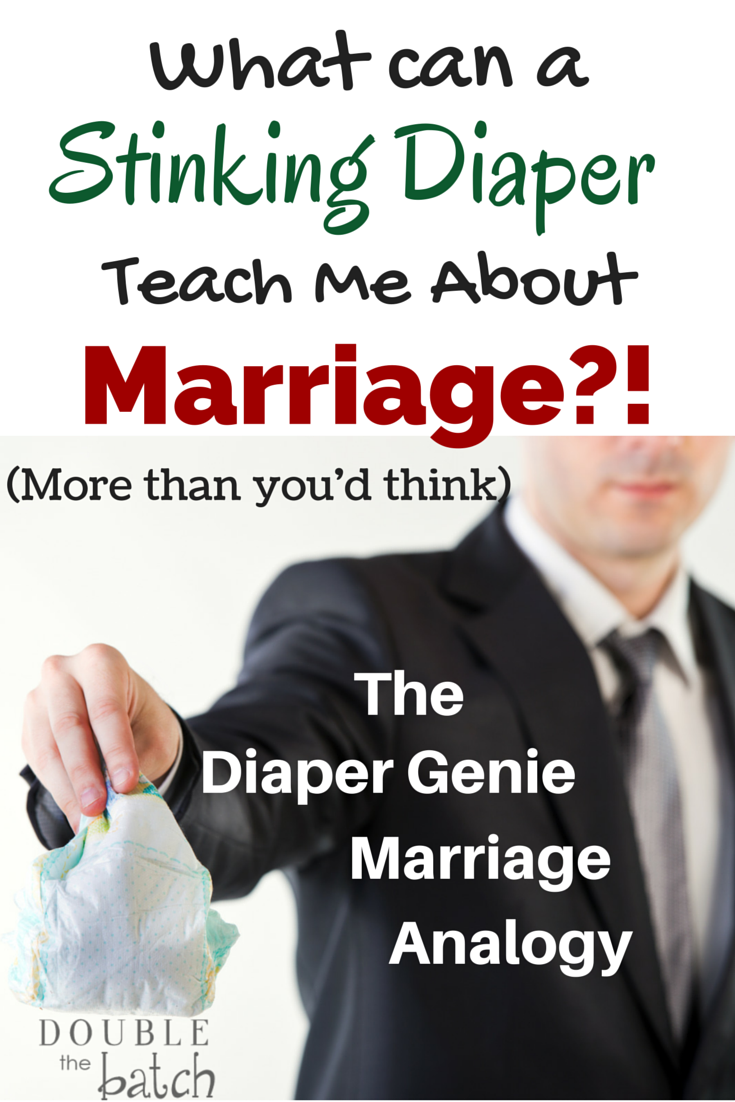 So, go with me on this one. That diaper genie sitting in your nursery- you probably think it is full of crap- but it actually has an important lesson to teach you if are willing to listen… Just don’t stand too close. I give you The Diaper Genie Marriage Analogy that might just save your marriage.

If you have a child who is still in diapers, that thing is your best friend, right?  Several times a day, after a less than delightful experience cleaning up excrement, you wrap up a stinky little package and deliver it to the diaper genie. It keeps the unpleasant smells sealed up tight and contained indefinitley until you can empty it into the dumpster so it can make its way out of your life forever.

Have you ever once in your whole life as a parent thought about opening the diaper genie up just to take a wiff for fun? Have you ever pulled a diaper back out, opened it up, and examined its contents once again just for kicks and giggles? Unless you lost your wedding ring during a diaper change, I’m going to guess that you have not.

So, when crappy things happen in our marriages and we work through them, sometimes painstakingly, and move on with our lives and our relationship, why is it that at some later date when a new issue arises we choose to bring up a bunch of old issues and throw them into the mix? I know I’ve been guilty of this in the past. It would be like saying, “This baby pooped again! I hate dealing with poopy diapers! I’m gonna pull all the diapers I’ve changed this week out of the diaper genie and open them up so I can relive all that poop all over again!” Um… that just gives you a stinky house and makes your life more crappy.

So, why do we do this to our marriage?  I’m convinced a married couple will forever be moving backward if they won’t learn to leave the issues they’ve already dealt with behind them, sealed up tight, never to be opened again.  Living with a spouse who loves to rehash old issues is draining. It is depressing to think that no matter how hard you try, you will never be fully forgiven for the mistakes of the past.  They will always be fair game to use against you.  It is hurtful and debilitating to a relationship to live that way.

So, when issues arise in your marriage, which they will on a regular basis in any normal relationship- get it all out, work through it, figure out a solution, figure out a compromise, apologize, forgive eachother, make up. Then, pretend you have a marriage issue genie and stick that issue in there- seal it up tight. Leave it in there, never to be brought up again.  And keep moving forward.  It will be healing for both of you to know that everyday is a fresh start for your relationship.  The past is not an enemy waiting to attack at any moment.  You can breathe easy knowing issues will be dealt with as they come and then you will move on and move forward.

What if old issues rear their ugly faces again?  Well, no doubt, they will. I know they have in our marriage.  So, we try to figure out what caused it to arise this time. We look at it with new eyes, new perspective, and find new, more thorough solutions that will hopefully keep it from arising again. We use old experiences with the issue as stepping stones to help us fix the problem, not as fuel for the fire. We deal with it, seal it up, and move on.  At least on our good days.  😉

So, do you want a crappy marriage or an awesome one? If you learn anything at all from your diaper genie, let it be this– Don’t live in a house where stinky diapers are lying all over the place waiting to offend. And don’t live in a marriage where old issues are lying around all over the place waiting to offend. Keep your marriage cleaned up and fresh so small things don’t become big, compounding things that could end up destroying what could otherwise be a happy and fulfilling relationship. Wear your marriage issue genie out with all those issues instead of your spouse. It might just save your marriage. 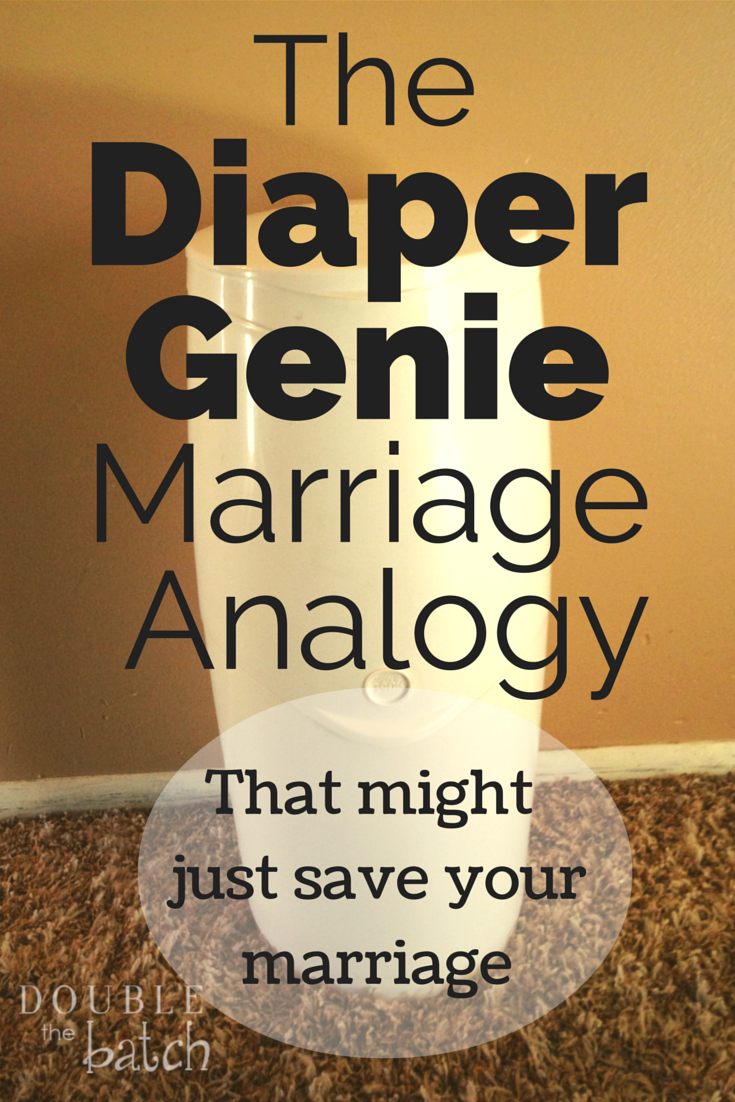 disclaimer** I am not a marriage therapist.  Serious issues will obviously require more help- perhaps from a professional, and this approach can only be successful if both spouses are committed to it.

And as an added bonus- diaper tip #2: 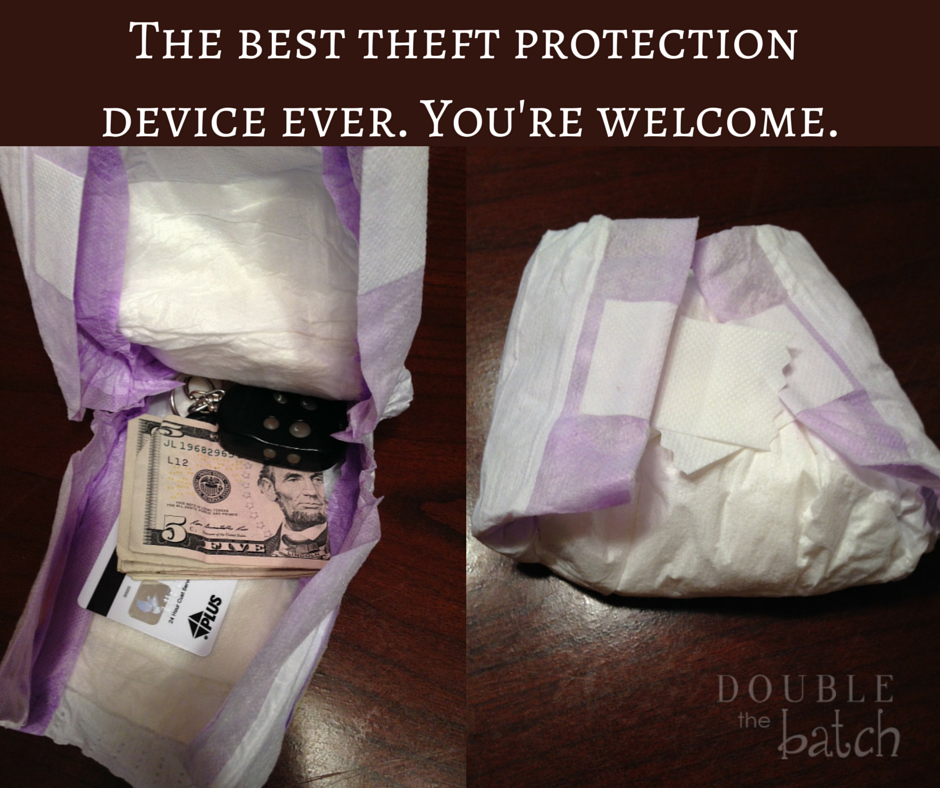