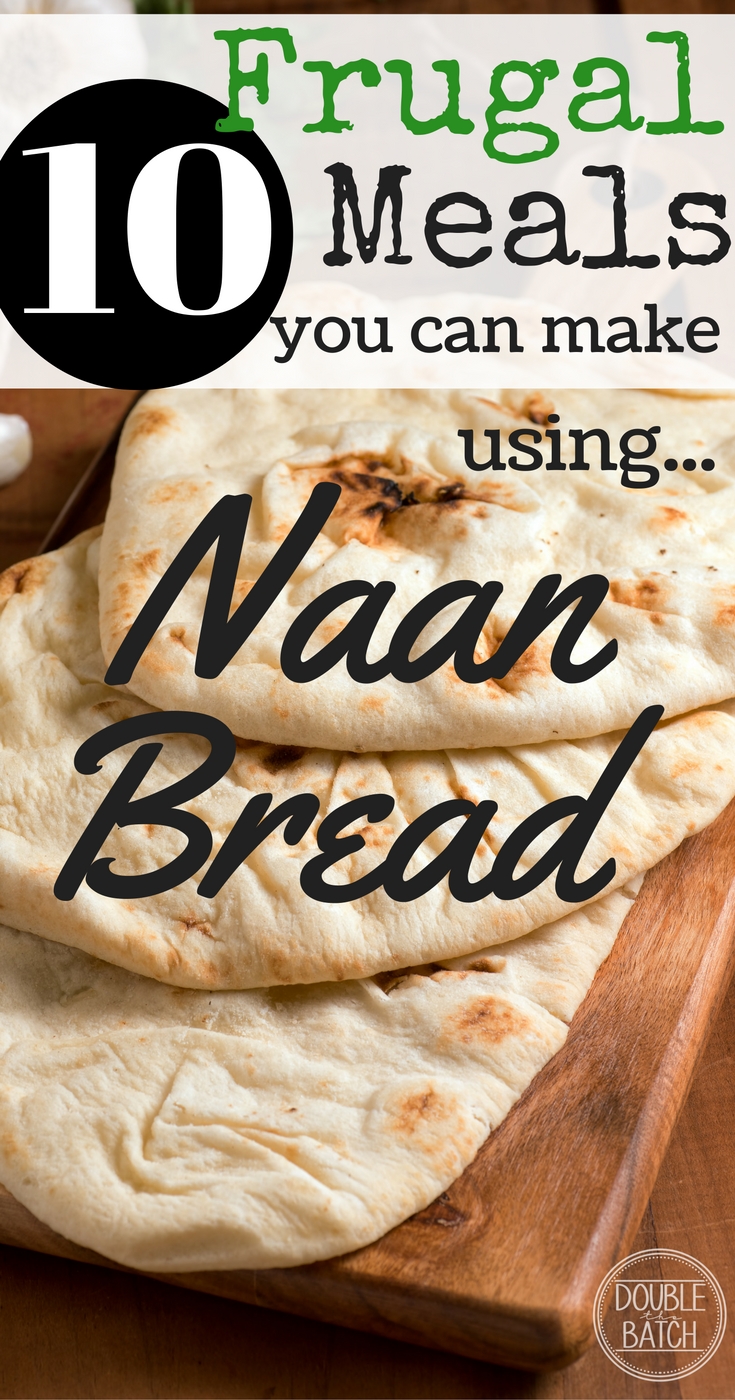 I must confess I had never even tried Naan bread until about 6 months ago. My sisters started raving about how amazing it was after they found some at our local Costco. I decided to give it a go when I saw some on a shelf by the deli while doing my grocery shopping. It was a HIT! My kids loved it too and I found myself running to the store for more. I have even been known to leave a package in a neighbor’s mailbox with the note,

“This will change your life!”

Since then, I have been finding Easy Naan Bread Meals that not only are frugal and simple, but taste amazing!

Here are 10 that will change your life for the better!

If I haven’t convinced you yet to try some Naan bread, just do yourself a favor and TRY IT! IT has become a staple at our house and I love that you can buy it and throw it in the freezer for later. So stock up, save yourself some time and money in your meal prep and make some EASY Naan bread meals!!