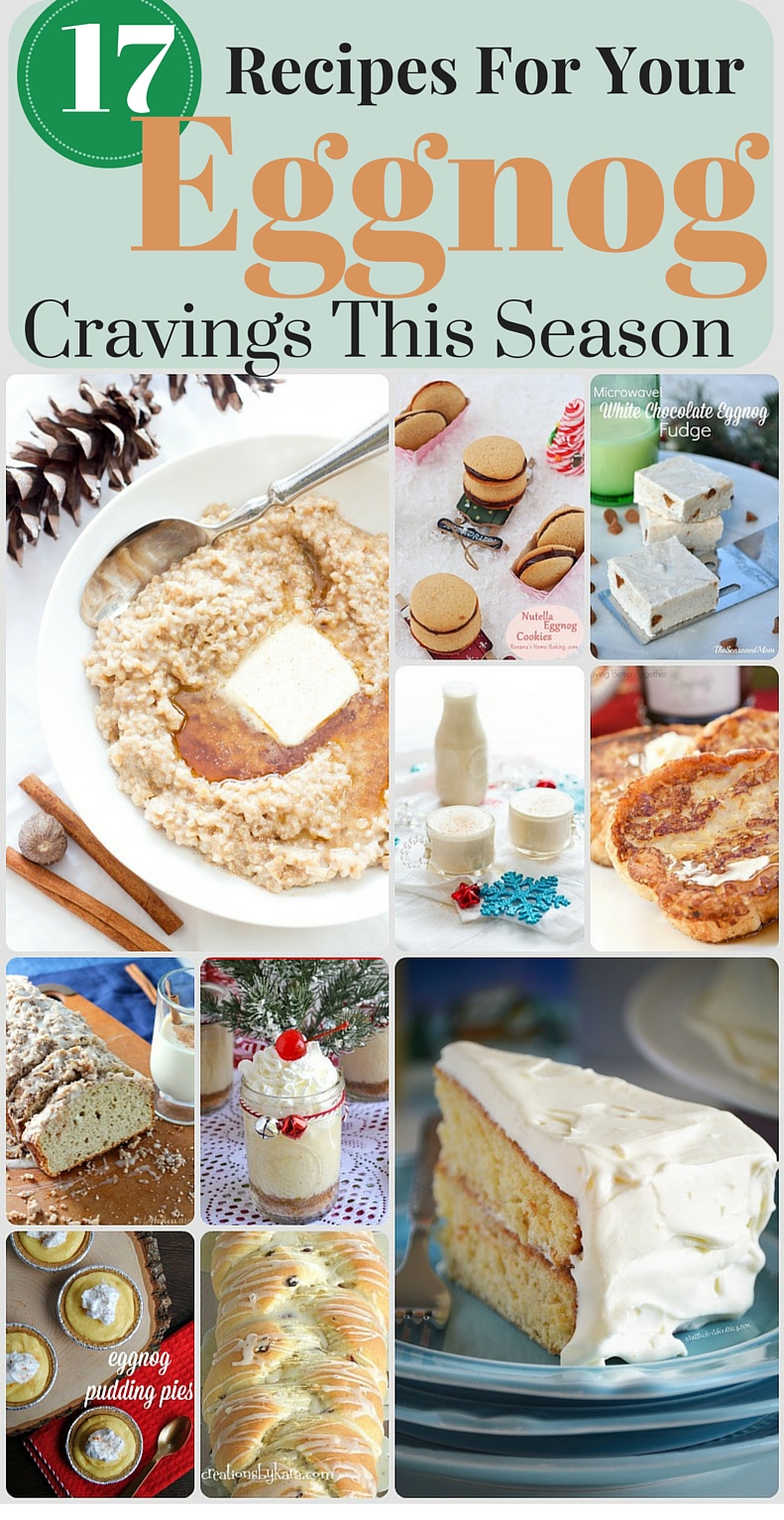 If there is one thing my husband is obsessed with about this season, it’s EGGNOG. I swear he goes through a carton of it a week. Personally, I’m not in love with the flavor but I’ll still drink it because it’s part of the season. 😉 However, I think I would like it better if I didn’t drink it straight and instead added it into my baking. Thus spurred the search for some delicious looking eggnog recipes and the great eggnog round up! Eggnog fudge sounds particularly delicious! 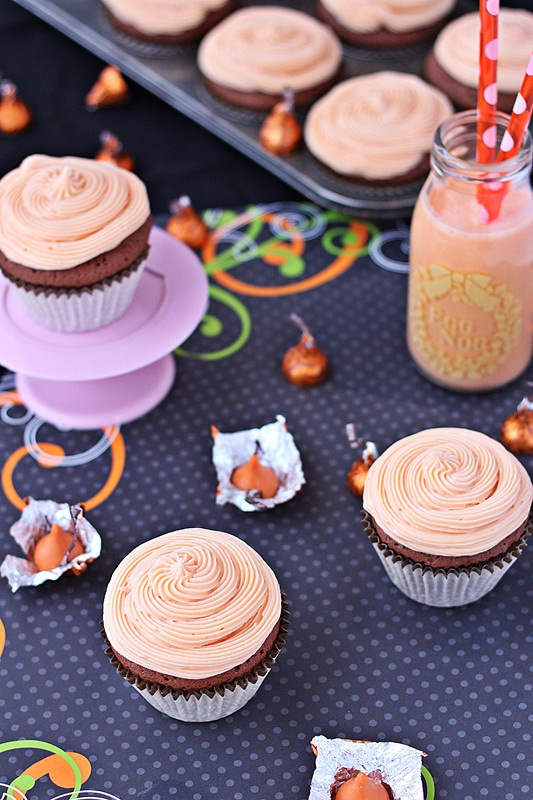 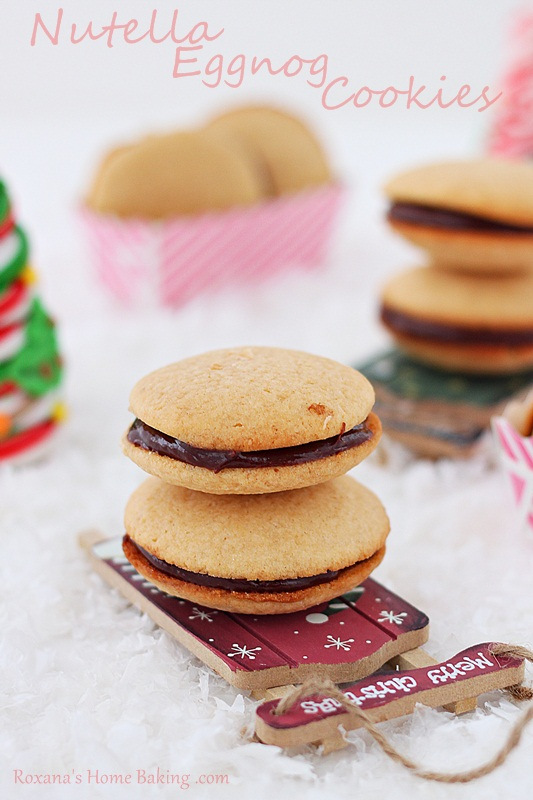 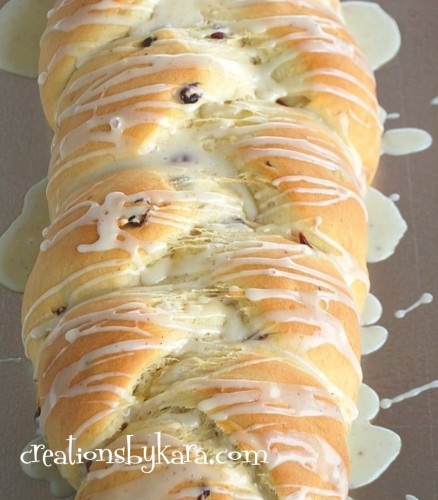 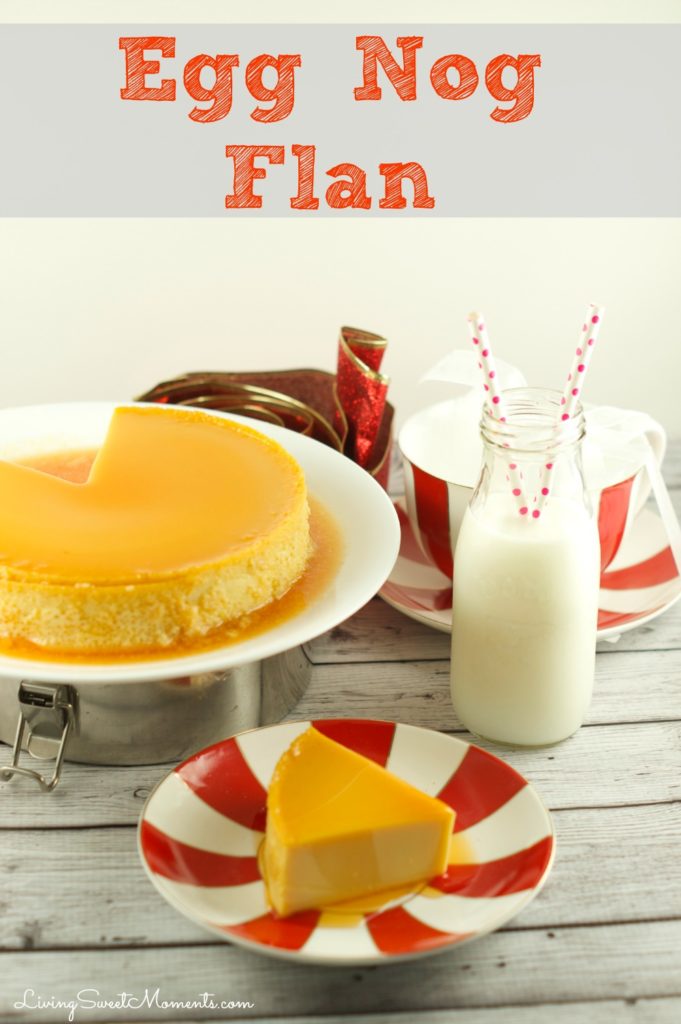 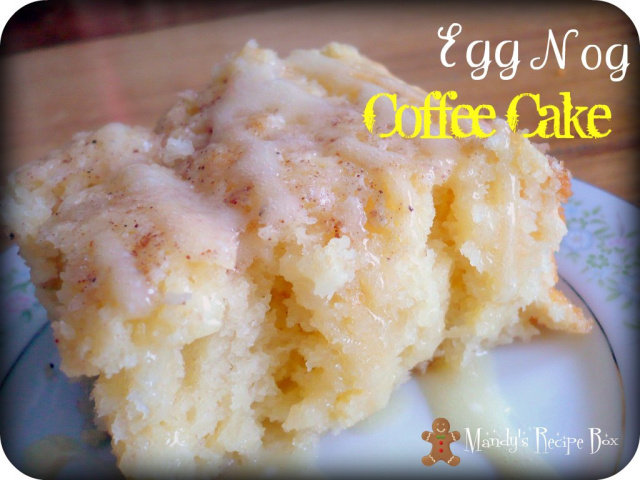 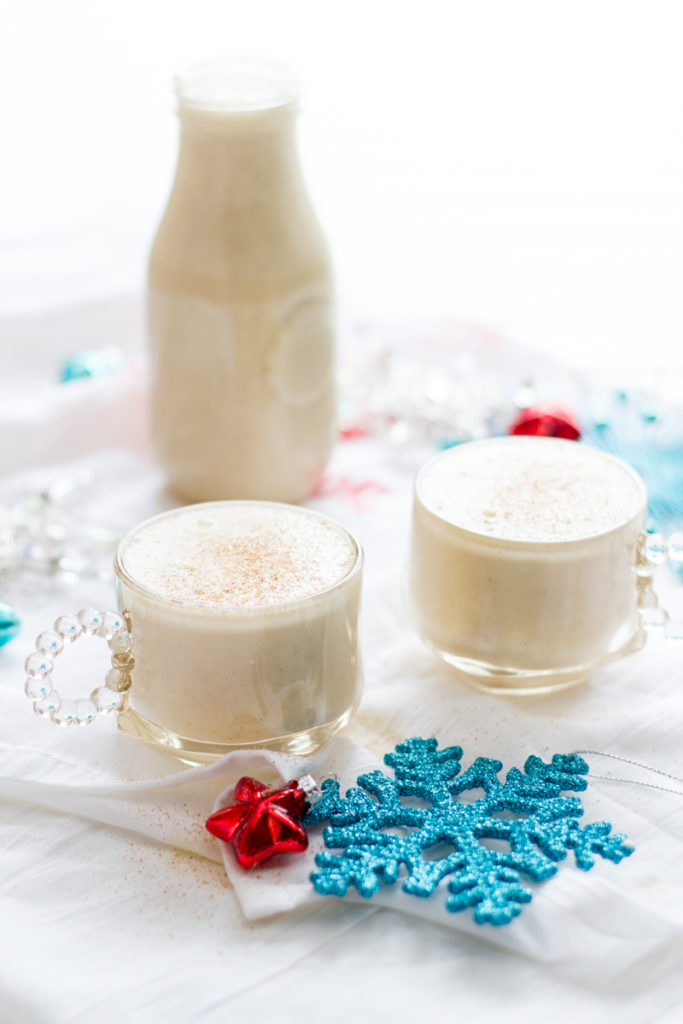 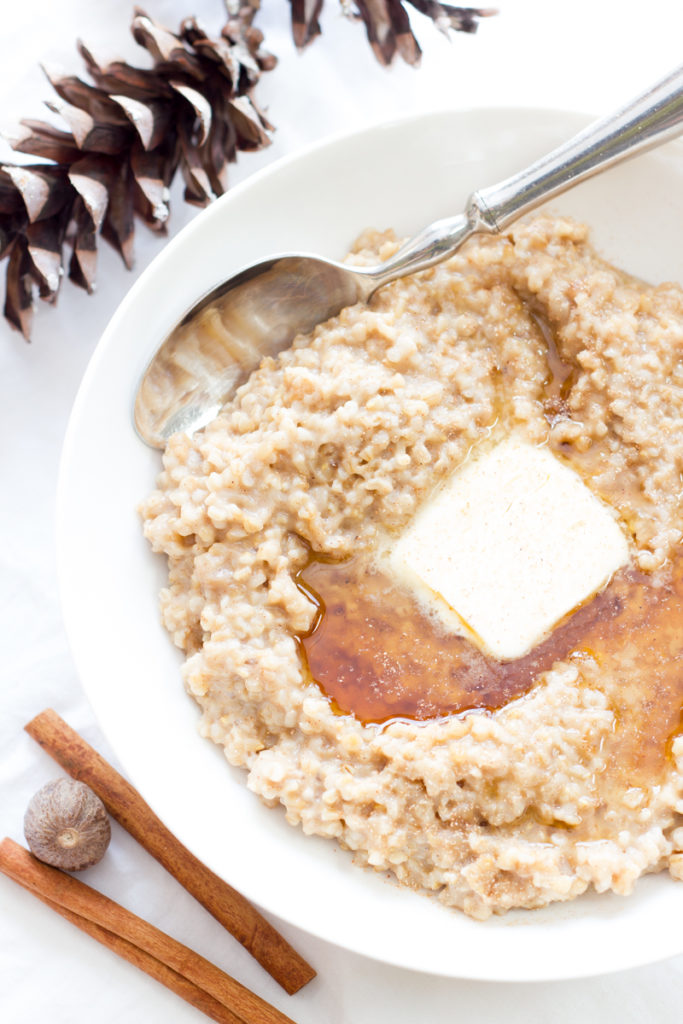 Eggnog Cheesecake in a jar by Flour On My Face 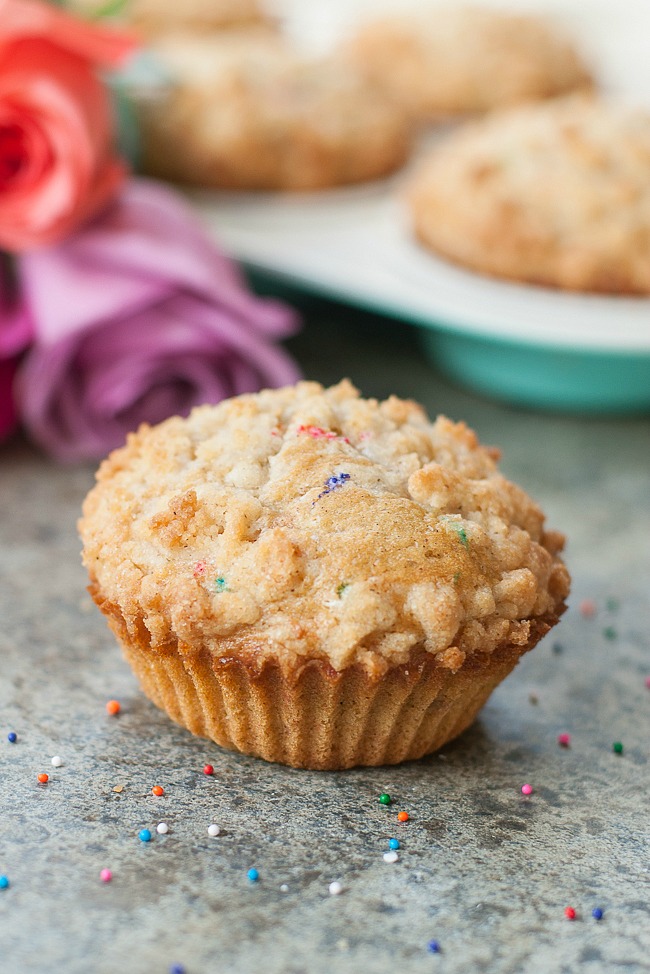 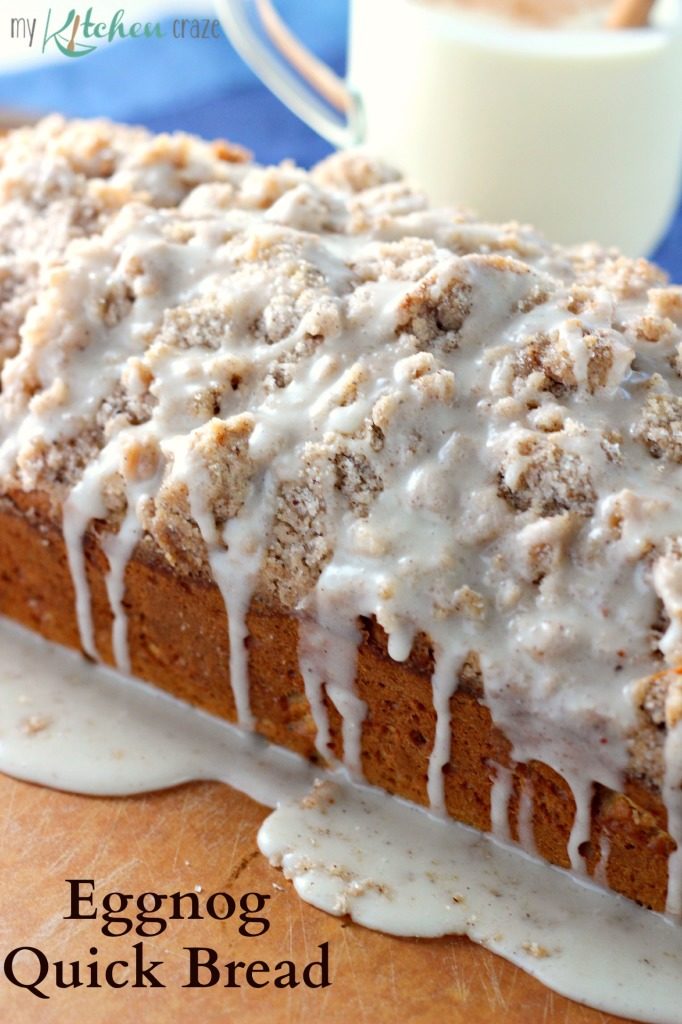 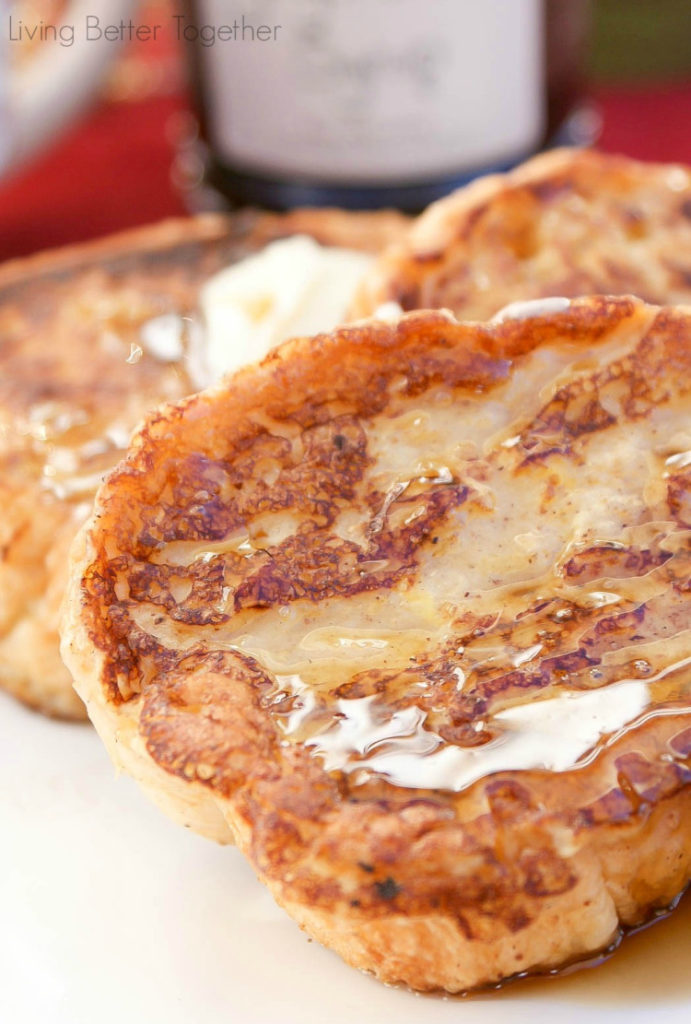 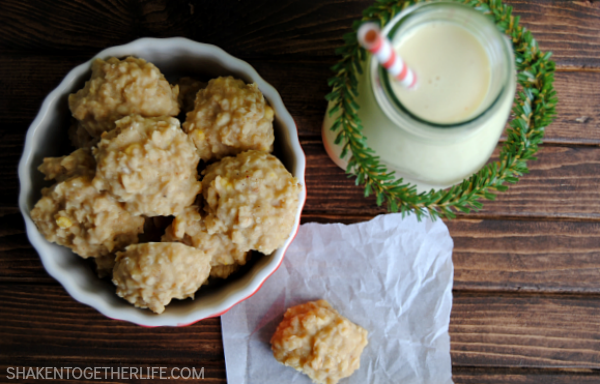 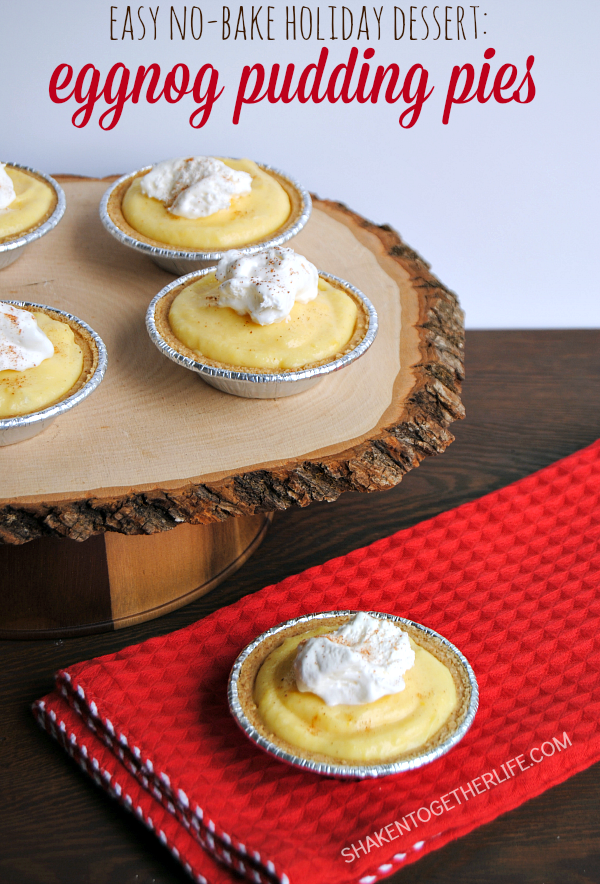 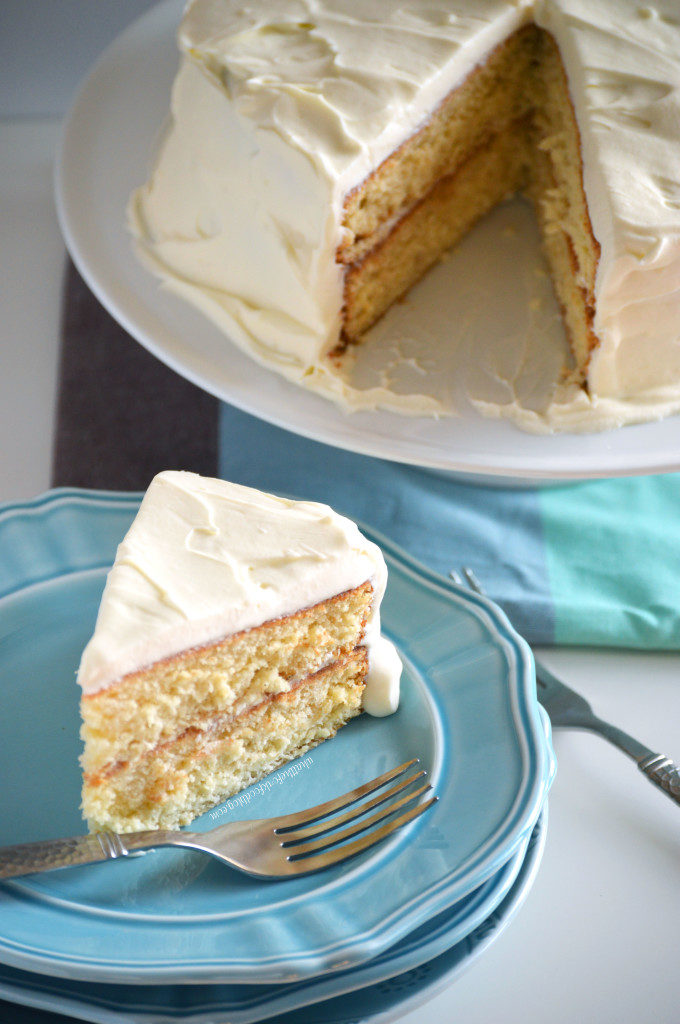 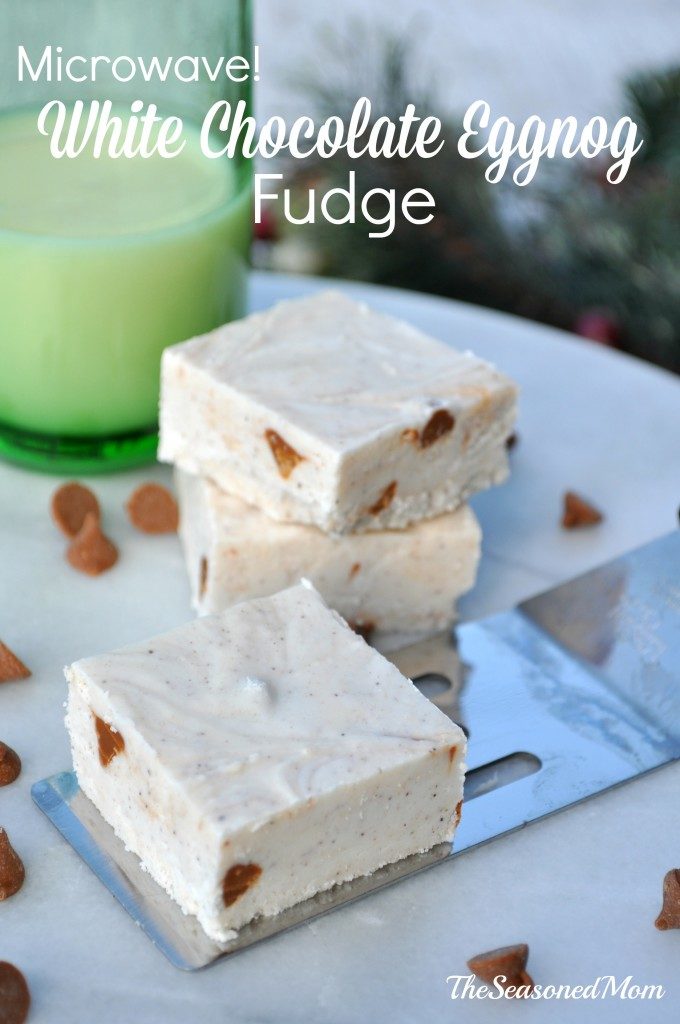 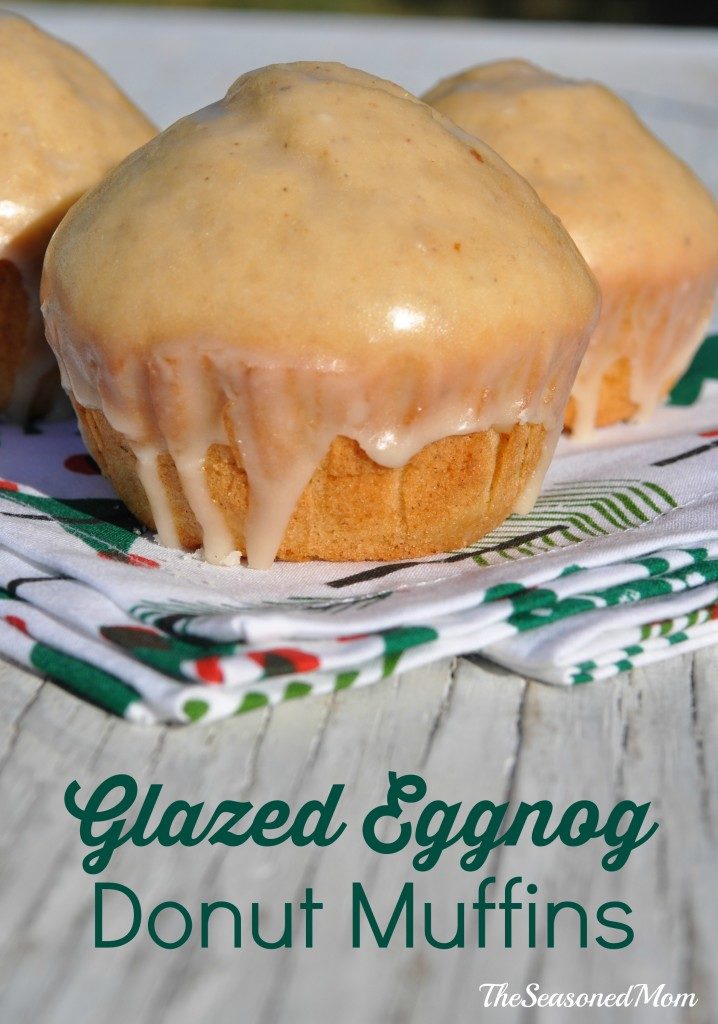 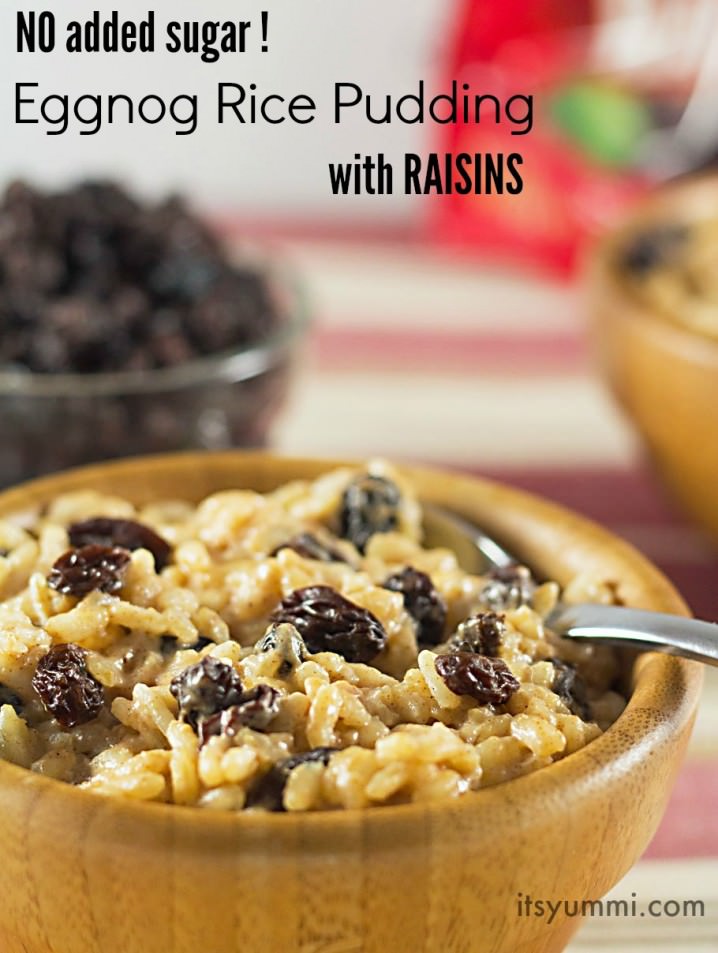 Save these recipes for later by pinning the image below! 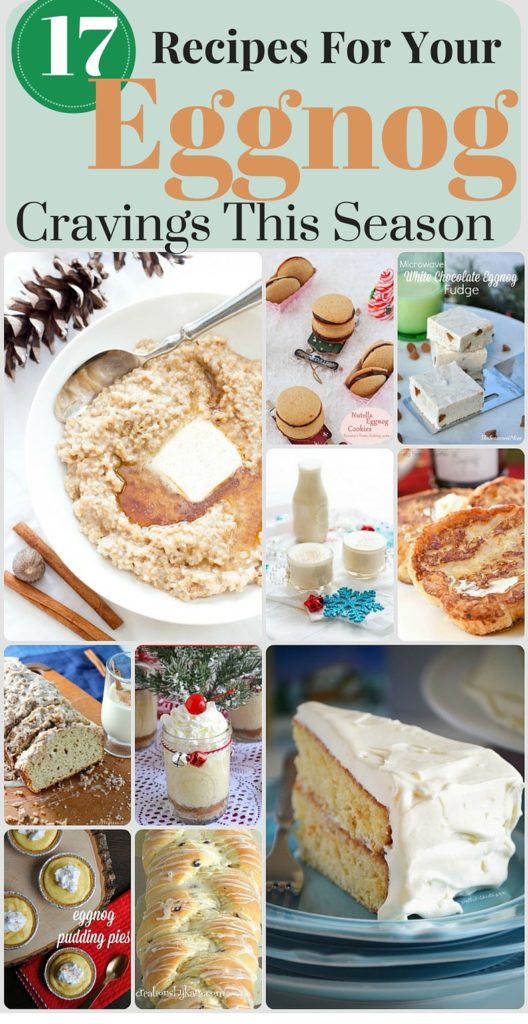