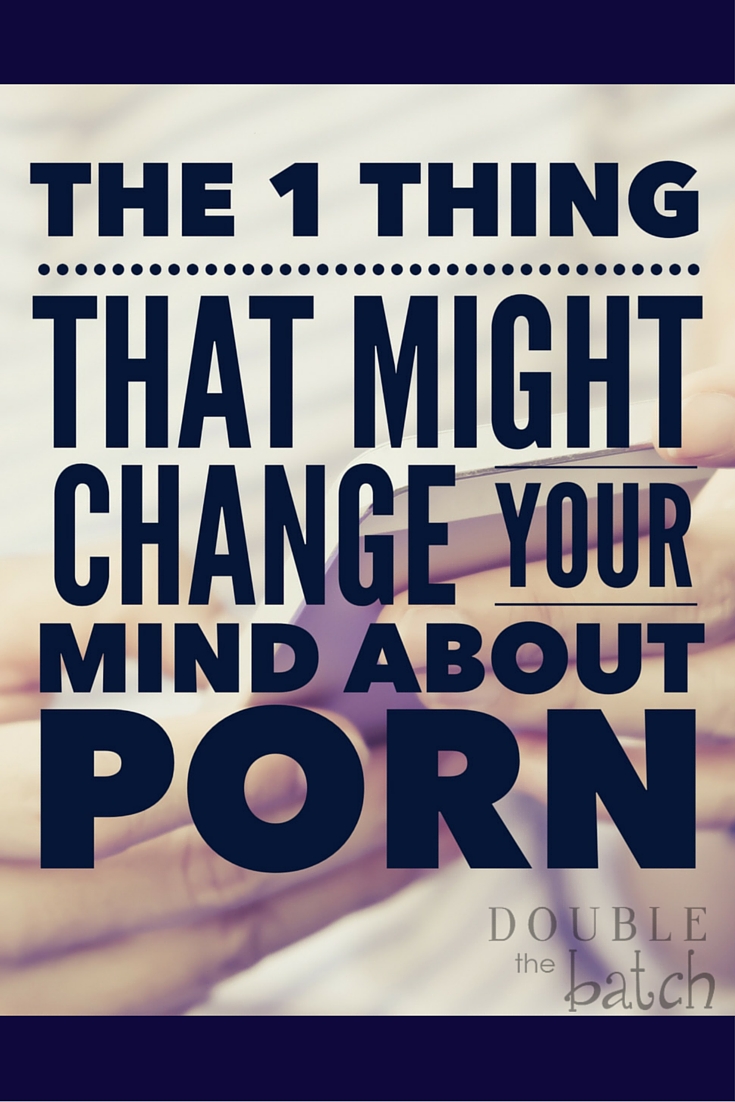 I’m going to speak very bluntly today.  This is an open letter to anyone who willfully views pornography. I’ve heard people say pornography is harmless.  That it doesn’t hurt anybody but the user so why are you making such a big deal about it? Everybody does it, they say.  It’s normal.  It’s fine.  But, in my opinion, pornography is one of the most harmful things we have embraced in our society, and I will tell you why I feel that way.

Fact: It is estimated that there are currently 4.5 million people trapped in forced sexual exploitation globally. The majority of these are women and children. 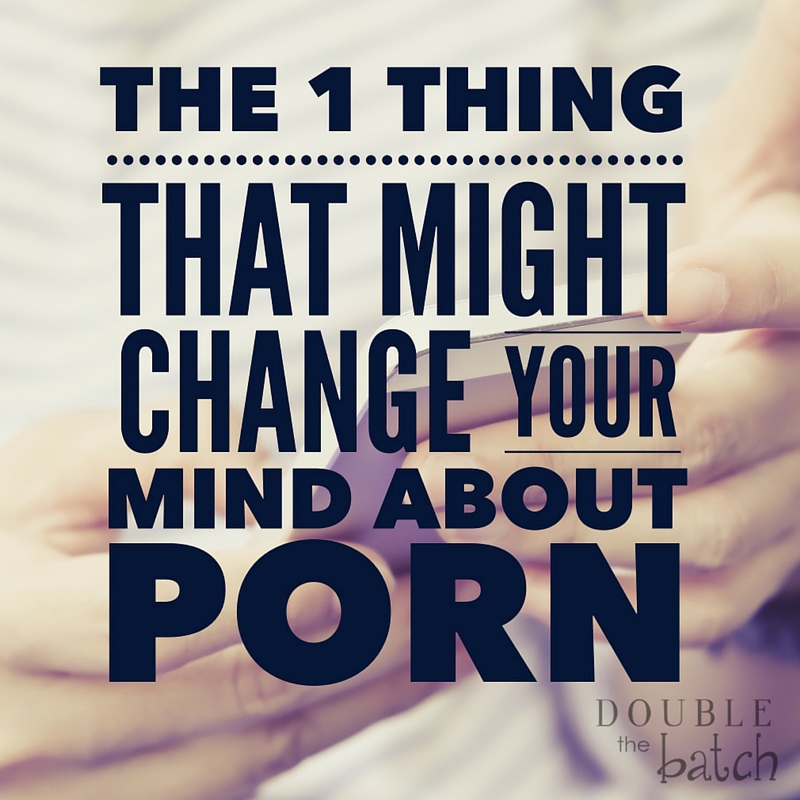 Those images and videos you watch in the privacy of your own home are created most often by sex traffickers who exploit women and  children in the most vile of ways for their own financial gain.  Women and children, and even some men are forced to do whatever they are told by their bosses or captures in order to survive.

Many women are brainwashed into the business, convinced it will be a glamorous lifestyle to be a star in these videos.  What they aren’t told is the violence they will be forced to endure whether they like it or not, that they will be given drugs and alcohol to make them numb to what they are being forced to do day in and day out, and that they will end up and empty shell in order to survive. You can read more about that here.

So, don’t tell me pornography is harmless. It. Is. Not. It is pure evil, and the sad truth is, you are most likely a victim yourself.  Our youth are targeted from a young age to become pornography consumers.  Before their brains and bodies can process what they are seeing, too many of our children are becoming addicts, ensnared into a cycle that robs them of their potential and the ability to live an authentic life.  It becomes a secret they take with them into adulthood. They spend way too much energy trying to keep it a secret, which in turn keeps them coming back to the downward spiral of porn use over and over.

Just as you created pathways in your brain that lead you to repeatedly view pornography, you can create new pathways that lead you to protect, respect, honor, and guard women and children.  You will lead with whatever desire you feed, so make the choice to feed the desire that uplifts you, helps you become all you were meant to be, and lifts others up as well.

Let me tell you about one of my heroes.  His name is Tim Ballard. Because of him, there is a way for all of us to help in the fight to end child trafficking. Tim worked undercover for the government trying to find and rescue children from sex traffickers. He spent his life dealing with the realities of the darkest parts of our world looking for clues to find these kids and bring them back into the light.  Sadly, after a while he became frustrated because he knew where thousands of kids were, but was only authorized to rescue those in whom the government had an interest.

Tim made the difficult decision to leave the security of his job and start his own non-profit organization, which he calls Operation Underground Railroad. The mission of this organization is to find and rescue as many of these kids as they possibly can.  He created a team of former CIA, Navy Seals, and Special Ops to help him plan and carry out the rescue operations.  They work closely with local governments to make sure once these perpetrators are caught, they stay off the streets.

Tim and his team go in as the bad guys- acting as if they want to purchase the children for the night.  An undercover film crew captures everything on film so the children will never have to testify against their captures. Once enough evidence is collected on film, they give a signal and the police come in, arrest them, and take them away before they arrest the perpetrators so that they are able to maintain their cover.  This approach is extremely effective because the traffickers don’t know who the undercover agents are. The result is some of them stop trafficking children before they are even caught because it becomes too big of a risk. Their goal is to create teams all over the world who can repeat the process and free as many kids as possible as quickly as possible both through their rescue efforts and by scaring other perpetrators out of business. 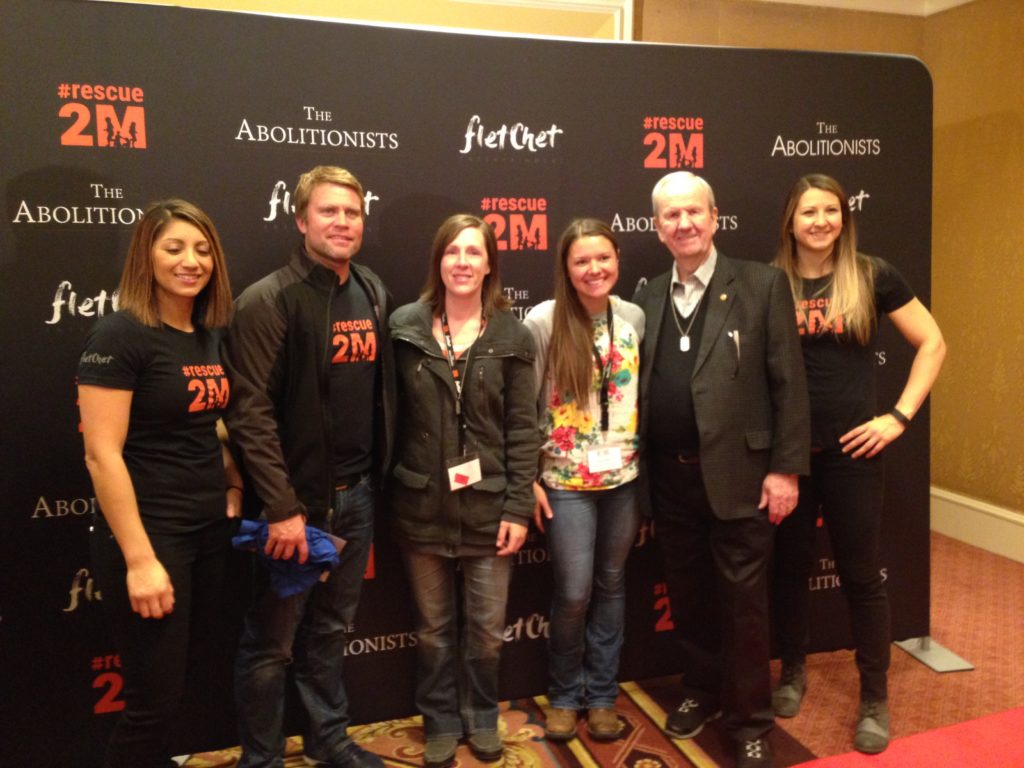 But this is not where the their work ends. They make sure that once the children are rescued they get the care and rehabilitation they need to start a new life.  They care deeply about these kids and it shows.  I had the opportunity to attend a special pre-screening of the film they created to bring attention to their movement.  It is called The Abolitionists and will be in select theaters May 16th.

It was produced by the Gerald R. Molen who produced Schindler’s List. When he spoke to us, he made this powerful point: When he made Schindler’s List, it was too late to save any Jews, but this atrocity is happening right now and there is still the opportunity to save these children if we can bring this problem to light.  That is why he made the film. I highly encourage you to see this film and help the message spread as far as it can.  The more people to who see the film, the more theaters will play it, and the more money will be raised to help them in their efforts to rescue these kids.  I cannot think of a better place for my money to go than to this organization.

The film is a documentary that shows actual footage of some of their rescues.  Though the subject matter is heavy, they present their story in a way that leaves you feeling inspired and hopeful that we can make a difference and put an end to this nightmare that plagues our world.

In the past two years since this organization was created, they have rescued 413 children and put 136 traffickers behind bars. In the past two years while they were doing this, how many videos and images have you viewed that contributed to the problem of human trafficking?  It is time to switch teams and become a protector. It is time to start seeing every human being as the child of God they are instead of as an object to fulfill lustful desires.  It is time to stop wasting your potential and become the powerful force for good you were meant to be.  It is time to stop hurting and start helping put an end to the horror that is child trafficking.  Those kids are worth any effort to save, and so are you. 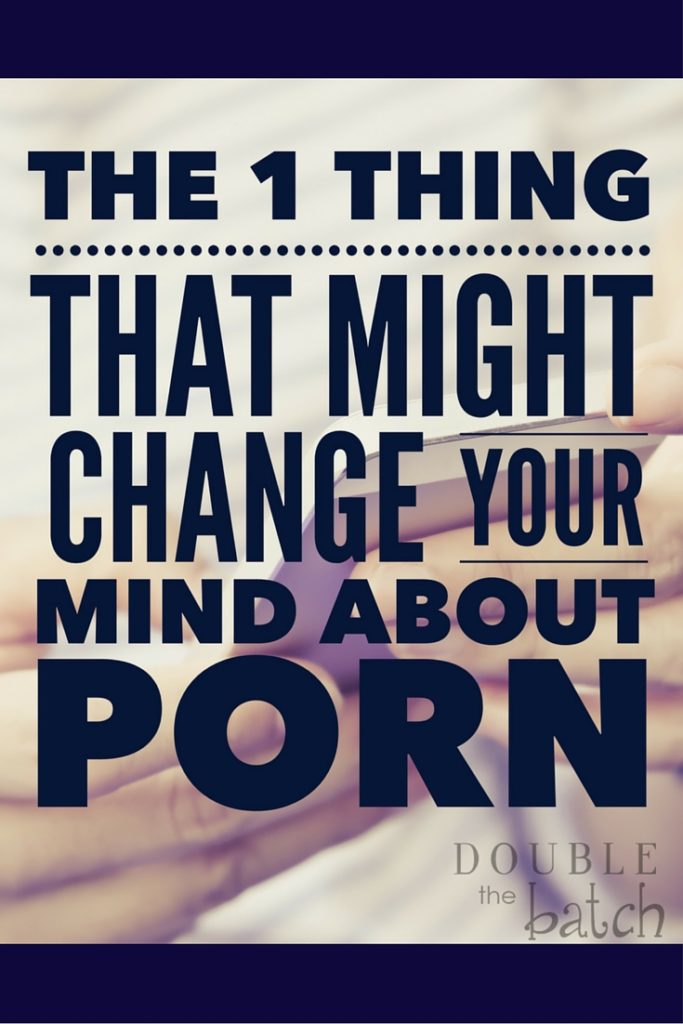