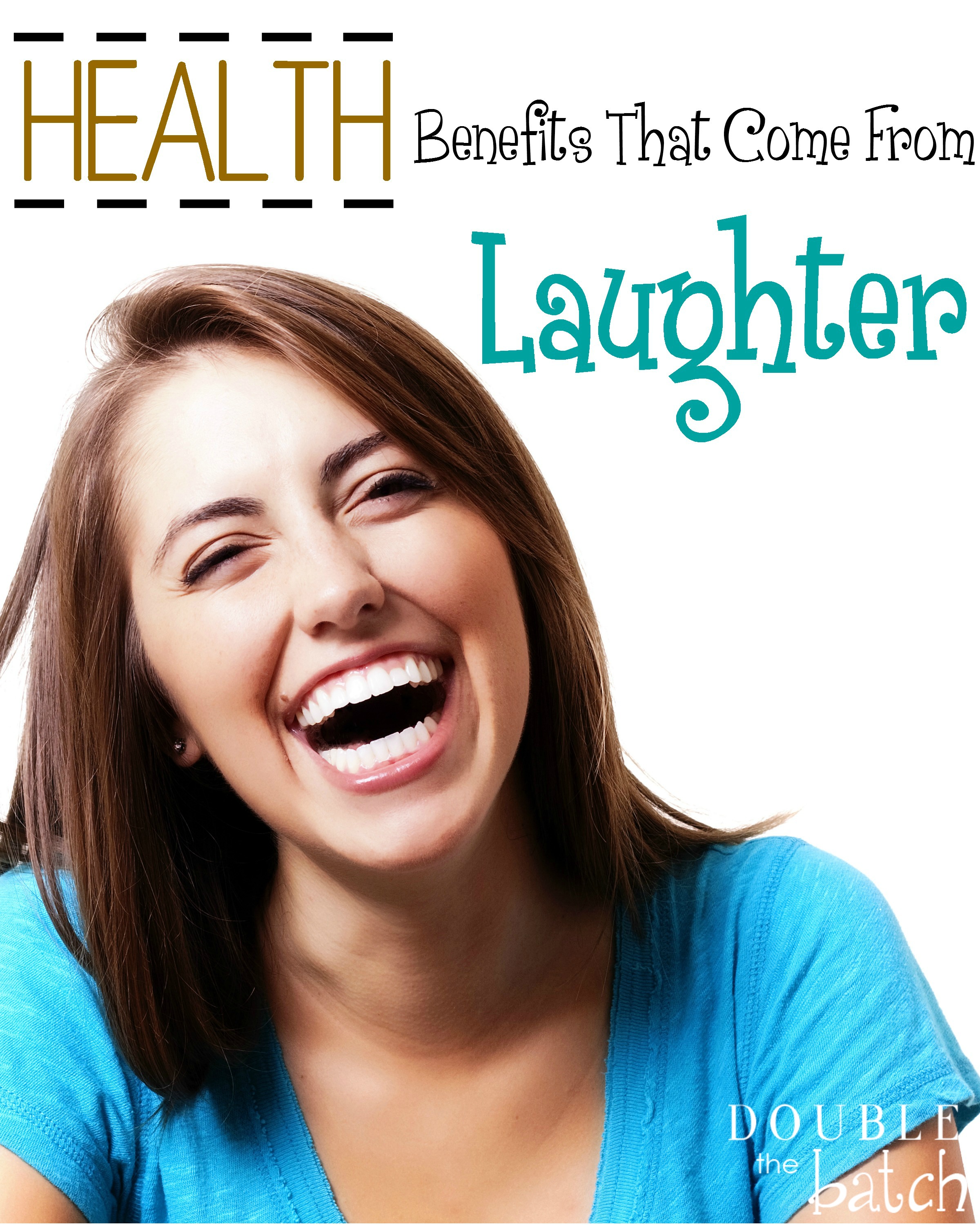 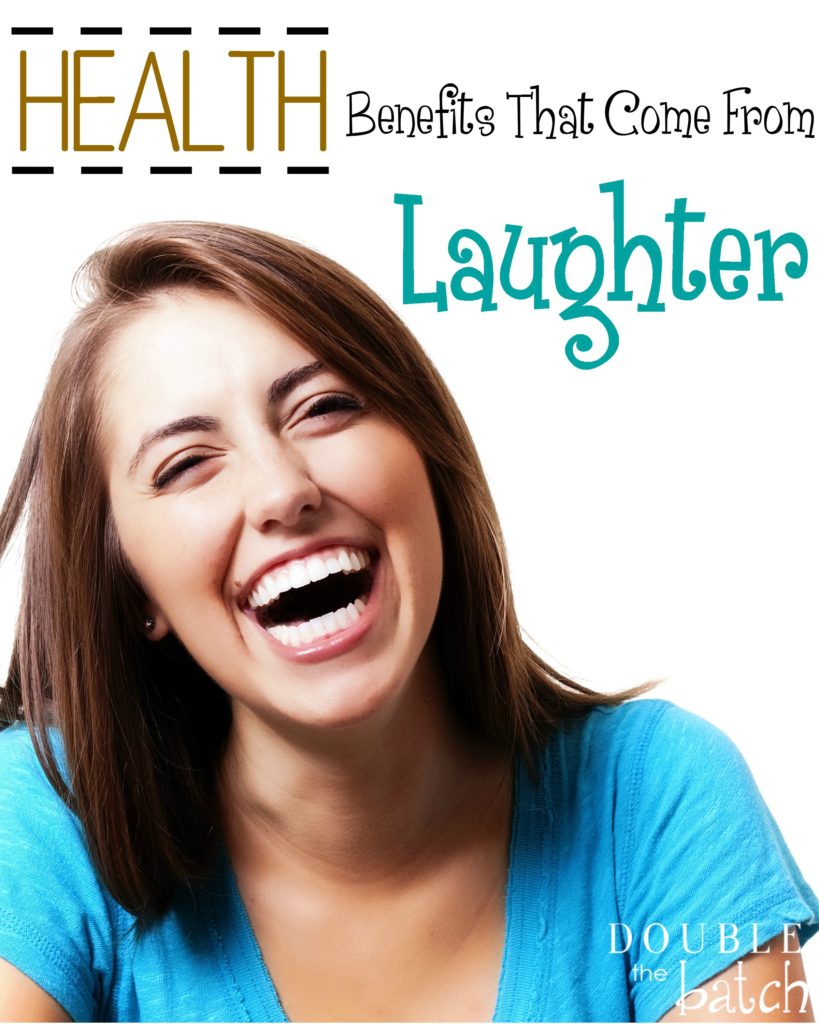 Have you ever had those moments where you’re just at your wits end or you’re so exhausted that some small, insignificant thing has you buckled over in laughter? I’m talking tears are streaming down your face, you’re gripping your stomach gasping for air, and the sounds coming out of you can only be defined as borderline hyena howls. You know what I’m talking about.  And hopefully, the normal people that are surrounding you are in such awe at the spectacle you’re making that they can’t help but begin laughing themselves. Aren’t those some of the greatest moments?? I can’t tell you how many dark moments laughter has pulled me out of! In the deepest part of my heart and mind, I truly believe laughter really is the best medicine.

This post is inspired by my witty husband because there isn’t a day that goes by that he doesn’t get this tummy of mine rollin’ with laughter. His sense of humor is one of his many great qualities that attracted me to him in high school. The other day I was getting frustrated with something on my laptop and he hopped off the couch and said, “I’m going to get you a big bowl of ice cream with handpicked blackberries!” I was pleasantly surprised and thought it was so sweet of him! And then he walked in with a funny grin on his face and handed me this:

Just the fact that he thought it was so funny got me chuckling pretty good which took my mind off the little things I was getting worked up over. (Don’t worry, he went and got me several scoops more! 😉 )

So, what is it about laughing that’s healthy? Here’s what I’ve found:

Laughing Relieves Pain
Ever heard of endorphins? Endorphins are the hormones that are released in response to intense physical output or pain. It’s our bodies natural pain blocker! When we laugh, endorphins are released which can help with any pain you may be feeling! My dad suffers from chronic pain. Whenever I’m over visiting him, we’ll tell stories and laugh with each other and it’s always so interesting to me how during those moments of  laughter it seems like his body isn’t registering all the pain he is in. So, if you’re in a lot of pain (and I like to think this includes emotional pain as well) watch something funny or spend time with someone who makes you laugh!

Laughing Makes Challenges More Manageable
Studies have shown time and time again that people who have a positive attitude and view on life tend to fight illness and disease better than those who feel, act and talk more negatively. Did you know that when you laugh your stress hormones are reduced and you’re able to relate better with others? When my family of eight combined with my step family of seven, we barely knew each other. Most of our personalities were completely opposite to say the least. The Hendricks boys were computer men and the Coleman girls were always out with friends. We could hardly relate on anything and it made meshing our family difficult. One thing we did have in common however was our sense of humor. Sure, us Coleman’s have a sarcastic streak that sometimes rubs the Hendricks the wrong way, but overall our combined sense of humor really got us through some of the stressful situations in the beginning and helped us relate and bond on levels we couldn’t have before we really knew each other.

I think sometimes in life we find ourselves shocked at the sheer number of things that could possibly go wrong in a single moment. My beautiful aunt who passed away a few years back had a motto that I’ve grown to love and try to incorporate in my life. The motto was “It is what it is.” I love that.  If we just take a step back for a second and really look at the things that are falling apart and that we’re getting worked up over, I think we’ll realize most of the time that it’ll all be just fine in the end; That no matter how difficult life’s challenges are, scars will heal, lessons will be learned, things will work out in one way or another, and most importantly we will survive. It is, what it is. So, don’t stress over the small things so much! Laugh it off and move forward.

Immune Response
A high amount of stress has been found to be linked with a reduced immune response. Because laughing decreases your stress hormones, a few studies have shown that perhaps having a good laugh every day will do the opposite by helping enhance your immune cells and increasing the antibodies used for fighting infections.

Good for Your Heart
You’ll find that many studies have been done on the benefits of laughter on your heart. The other day I was reading an article titled The Healing Power of Laughter. (You should read it if you have time). In this article, the author talks about how uncontrolled laughter can help free up “muscular tension” and that by the  “Release of this armoring [tension in chest cavity], or previously locked in chronic defensive holding patterns, [it] makes possible the redirection of freed energy and emotions toward healing the heart.” He then relates laughing to crying in its healing and endorphin release and says,  “Laughter and other spontaneous emotional releases such as crying also promote respiration, and thus bring much needed oxygen to the heart.” William Fry,  who also did research on laughter, claimed that one minute of a really good, wholehearted laugh could get his heart rate to the same level as it would be after ten minutes on his rowing machine.

AB WORKOUT
Have you ever found yourself wheezing after a good hearty laugh, “oh my stomach hurts!”? That’s because every time you laugh, the muscles in your stomach are contracting just like they would during an ab workout. So forget those nasty crunches to get yourself toned, try laughing for hours instead! 😉

A Happier You!
As you already know, weddings can be really stressful with all the running you do from one event to the next and making sure everything is as it should be. On my wedding day, even though we did a dinner the night before instead of a luncheon the day of, I had hardly any time between our ceremony and our reception to really relax and gather my wits. Near the end of our reception, I was so exhausted and ready to be off with my sweetheart and we still had all the ceremonial things to do like cutting the cake, throwing my bouquet, and ending with a dance party. As we headed over to our cake cutting, I whispered to Patrick on the way, “If you even think about smashing the cake in my face, you’re sleeping on the floor tonight”. (Ha ha, I’m such a brat!) So he cut my piece and just as he was about to put it in my mouth, he turned it around and smashed it all over his own face! That’s Patrick for you. Full of hilarious surprises! I laughed so hard and it set my happy mood for the rest of the evening. 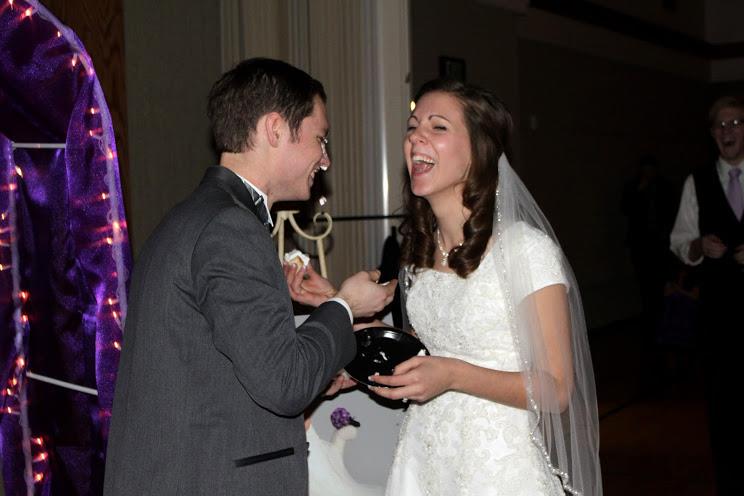 Something about those happy endorphins being released, the stress  hormones decreasing, and the overall sense of released pressure everywhere tends to just make you a more relaxed, happy person! Who says it better than good ol’ Uncle Albert on Mary Poppins?

I Love To Laugh - Mary Poppins
Watch this video on YouTube.

In what ways have you found laughter to be beneficial to you?