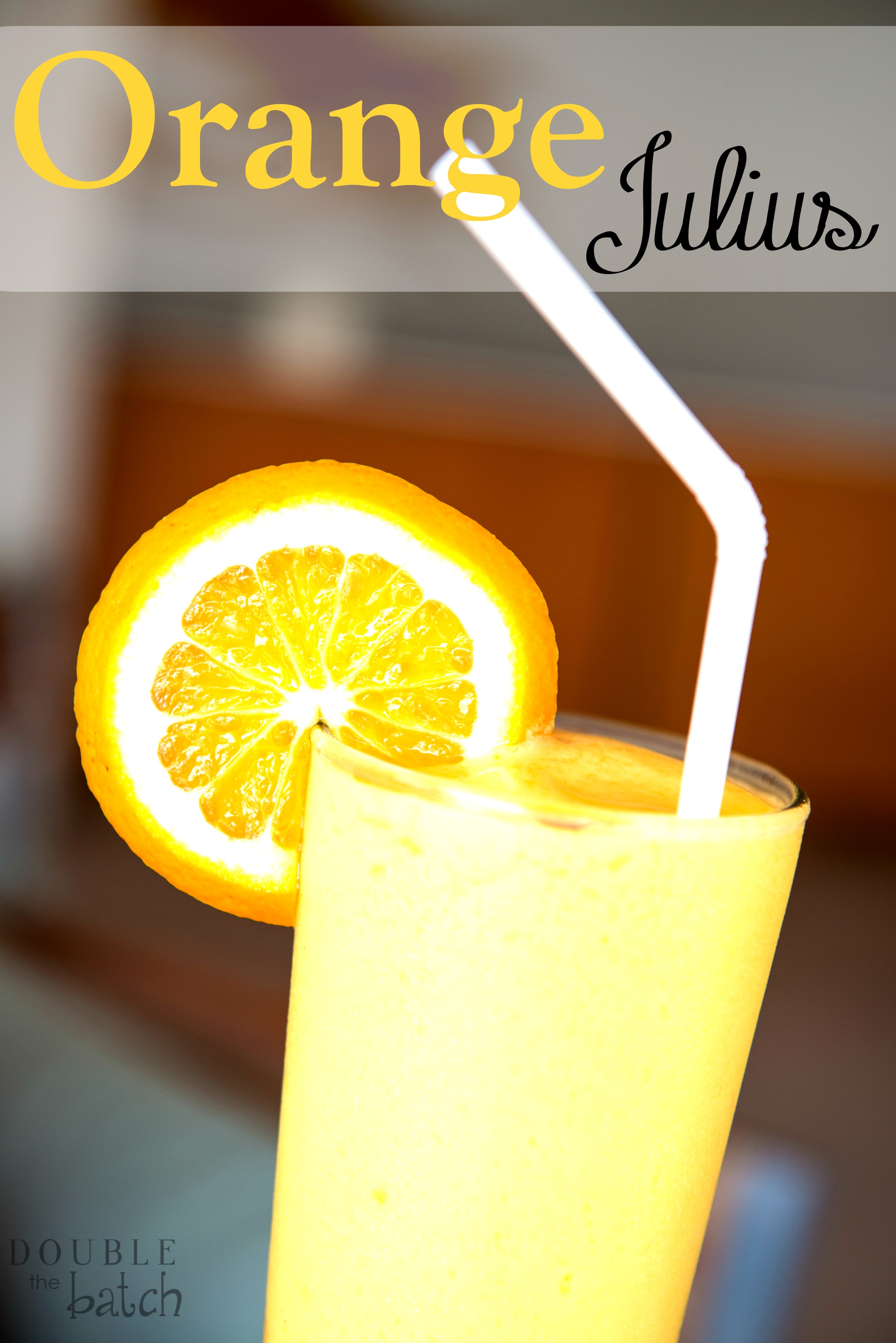 When I was in 9th grade, we made Orange Julius in one of my cooking classes. It was the first time I had ever tried an Orange Julius and I was totally hooked! Like seriously hooked. For most of that school year, I would come home from school and make myself a grilled cheese sandwich with tomato soup, and blend me up an Orange Julius.

It became a weird little habit of mine-if you could call it that. Anyway, you would think, after 2,345+ Orange Julius’ later, I would be sick of it. But I’m here to tell you that the Orange Julius I made yesterday tastes just as delicious as the first one I tried that fateful day in 9th grade. In case you didn’t realize, an Orange Julius is incredibly easy to make! With only 6 ingredients (5 of which, you most likely already have) you can make this up in a jiffy! And *ahem* Mother’s Day is coming up… I’ll bet your mama would love this on her breakfast trey that morning. (you ARE making her breakfast in bed right? 🙂 ) 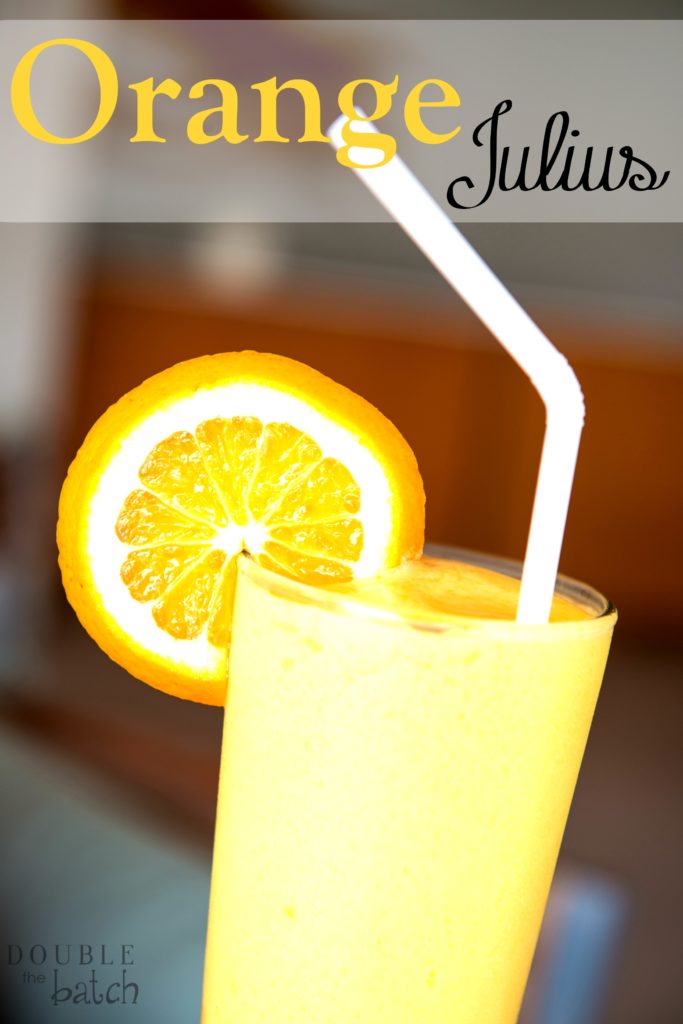 6 oz Orange Juice Concentrate (or you can squeeze your own orange juice! More power to ya!)

Throw all the ingredients in your blender and blend until it’s the consistency that you like. I love my Orange Julius nice and frothy! Mmmm…