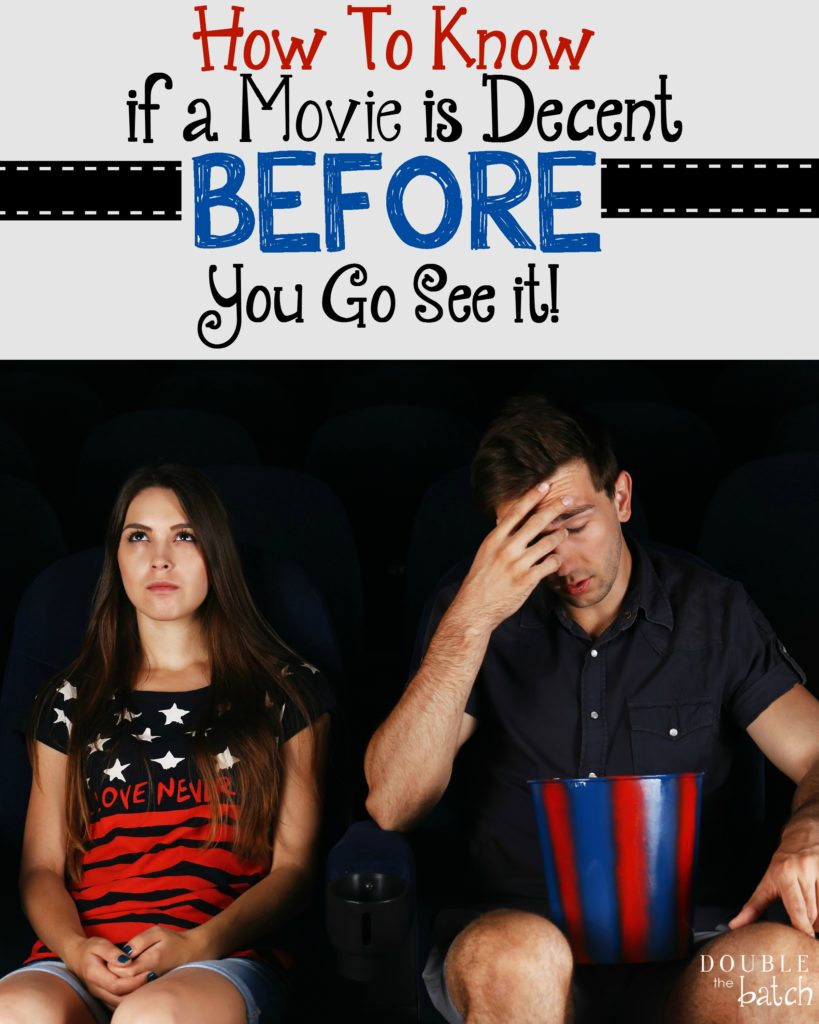 Don’t be that person that finds yourself walking out of a movie realizing you have just wasted 2 hours of your life that you will never, EVER get back again. Think of everything you could have accomplished during that time! You could have written an award-winning essay on the health benefits of eating tree bark from the amazon rain forest which would prolong the life of millions, worked out a math equation that would solve both the cure to cancer as well as how to run your car on toothpaste, or figure out how to solve a Rubik’s Cube in less than 30 seconds using only your nose and pinkie toe! You are forced to shed a silent tear for those opportunities lost forever in the spiraling vortex of time and instead dedicate your time searching for that neuralyzer flashy pen thing from Men in Black in order to erase from your mind those memories viewed which have already lowered your IQ at least 20 points.

No matter how tempting movie titles such as “Sharknado” or “Cannibal Women in the Avocado Jungle of Death” (Yes, yes… the movie does actually exist) sound as you are browsing Redbox or Netflix, for the sake of everything that is good in the world: stop, take a deep breath, and consult the following tools which exist for the very purpose of circumventing your brains inevitable demise should you choose to proceed.

Thank goodness we pay honest men in this country good money to waste two hours of their time in order to provide us adequate warning in order to save two hours of ours. I can’t think of a more selfless job out there. I mean, imagine looking at your next week’s work schedule and seeing planned:

Thur: Attack of the Killer Tomatoes

And so on… (Yes, unfortunately these also are actual movies as well) For some reason I just can’t picture one of those guys hoppin’ out of bed on Monday morning, throwing both hands in into the air, and yelling at the top of their lungs, “I LOVE MY JOB!!!!” I’m not really sure why…

Not only does Rotten Tomatoes provide us with an overall movie rating based on the compilation of some of the world’s top movie critics, but it also allows any viewer the chance to write their own reviews which are then calculated in a separate “Audience” rating. (We all have a list of those critically shot down films that we secretly enjoy watching anyway. . . *cough, Transformers. . . *cough, most films done by Michael Bay) It doesn’t take a genius to figure out you should steer clear of any movie where both the critic’s, as well as the audience’s ratings are below 30%.

Instead of frantically shielding your children’s eyes, and throwing the half-consumed popcorn bucket over your husband’s head to protect them from an unexpected scene in the movie you’ve gone to on your families evening out, make sure to pick apart the brownie looking for little pieces of poop before you start chowin’ down. (A poor metaphor but, well, you get the idea)

Just because it is advertised as a “family friendly” or “aimed for kids” movie, does not mean that is always the case. It’s a good thing that some of those selfless movie critics we have referred to earlier have taken their very valuable time to carefully extract every little “piece of poop” from the brownie in order to warn the masses of those treasures hidden inside of the delectable chocolate. (I’m still having troubles figuring out who would want this job…)

Kids-in-Mind does just that. It provides us a ranking from 1-10 (1 being low in content and 10 being extremely present) for three categories: Sex & Nudity, Violence & Gore, and Profanity, as well as providing a detailed list of each category’s content in the film. It also provides a list of the substance use as well as the discussion topics which are present throughout the movie as well.

They are very thorough however as is seen on one of the descriptions in the “Sex/Nudity” section taken from the recently released How to Train Your Dragon 2.

“A woman kisses a man on the cheek and later, they hold hands briefly. A man and a woman kiss while friends watch, smiling. A husband and his wife sing a love song about dreams and adventures, kiss and dance a traditional Viking dance”

Children beware: Viking dances are known to be extremely risque. Also watch out for that brief hand hold…

I have been the victim described in the opening paragraph of this blog post. I remember anxiously awaiting the much-talked-about addition to the Indiana Jones Franchise: Indiana Jones and the Kingdom of the Crystal Skull. Who wasn’t excited to see Harrison Ford dust of the ol’ whip and hat? Boy was I in for a surprise, but not a good one. First mistake: Shia LaBeouf. Second mistake: Aliens. Third mistake: Everything else. Sure, we were all used to Indy performing feats that could never be survived by any human in the past films: but surviving an atomic bomb by climbing inside of a refrigerator, being thrown hundreds of yards through the air by the explosion, and then being seen climbing out, dusting of his britches, and then gallantly striding off with that iconic title theme music blaring in the speakers was just too much for me.

I made it a point to warn the masses in order to help as many as I could avoid the demise I suffered. Some listened, others did not. The latter group has listened to me since. Listen to your friends and family (in whom you trust) when the warning signs are given! Don’t just follow the sheep off the cliff! It is for this very reason that I limit the opening “mid-night showings” to those films I am sure will be good. That way I can just ask those who took the dive how deep the water was and then make my decision. This tactic is what helped me avoid movies such as Avatar: The Last Airbender, and The Lone Ranger. If only I had engraved in me that mindset before I had seen Sky Captain and the World of Tomorrow or Eragon… (Or Indiana Jones and the Kingdom of the Crystal Skull. I will still forever consider Indiana Jones as a trilogy.)

Anyway, I hope that by being made aware of some of today’s most valuable tools we can all avoid being brainwashed and instead become intellectually enlightened by movies such as Dwayne Johnson’s Herculies, or Michael Bay’s Teenage Mutant Ninja Turtles. Oh wait . . .